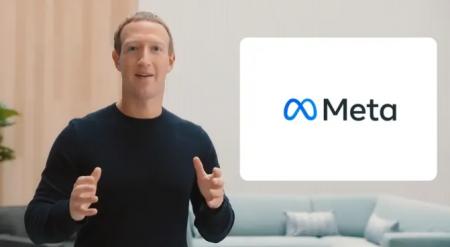 So it happened… Facebook is now “Meta”, well the holding company of Facebook, Instagram and WhatsApp is now called Meta. News of this was broken by The Verge last week in an exclusive that dropped before the official announcement was made at Facebook’s Connect Conference that happened last night.

The metaverse kicks off

So… essentially Facebook, WhatsApp, Instagram and Meta other’s properties will become part of “a virtual-reality space in which users can interact with a computer-generated environment as well as other users” according to the Google Search definition of the term metaverse. From what Mark Zuckerberg and others have been saying, it looks like it’s the next stage of the internet’s evolution.

“We chose “Meta” because it can mean “beyond.” This next chapter is a future made by all of us that will take us beyond what digital connection makes possible today — beyond the constraints of screens, the limits of distance and even physics. For our company, Meta is a reminder that there is always more to build”

So it looks like Meta’s properties will be interconnected which if I am being honest isn’t anything new. Over the last year or so we have seen cross-sharing of statuses on Facebook, WhatsApp and Instagram as well as Facebook Messenger being able to communicate with Instagram DMs and vice versa.

This unification of the platforms might have been the first step into the metaverse that Mark Zuckerberg and others seem so excited about. But that after all is just speculation because Zuckerberg has yet to clearly define what the metaverse is going to be all about in Facebook’s context.

Furthermore, Facebook is really enthusiastic about its VR products even though the Oculus name has been retired with Meta Portal replacing it. Additionally it looks like Meta is going to be working on more wearables as there have been leaks of a smartwatch that is being made by the company.

The timing of the rebrand is a little suspicious…

Over the year Facebook has had to deal with a number of issues. The latest one was a leaked internal study that showed the adverse impact that Instagram has on teens. This resulted in the whistleblower testifying in front of the United States Congress.

Earlier this year there was also a major data breach in which hundreds of millions of users had their phone numbers and other personal information leaked.

In addition, Facebook is also under fire for how it is dealing with misinformation on its platform. The spectre of the recent US presidential elections and the COVID-19 vaccine have shone a light on how Facebook’s internal moderation works and leans.

Now, the rebrand may have been months or even years in the making but it has come at a time where Meta’s properties are under some scrutiny. This, as many have speculated, might have been a plan for Facebook’s higherups to not have a direct link to the mess that has been brewing.

The only problem is Zuckerberg and his associates are as synonymous with Facebook as any brand of toothpaste in Zimbabwe is with being referred to as Colgate.