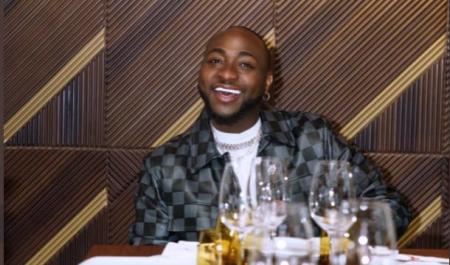 For those not in the know, Davido is an internationally popular Afrobeat musician from Nigeria. He has performed in Zimbabwe in the past and has a collaboration with our very own Jah Prayzah (who is not doing too bad himself).

So, Davido was on Twitter one day and was feeling a little ‘playful’ and sent out a few tweets and within 2 days, there was 200 million Naira (US$486,000) in his account. How did that happen?

He simply asked his fans to show a little appreciation if they had found enjoyment from his music. Before proceeding do note that he has over 31 million fans on Twitter and Instagram. For context, that’s more fans than double the population of Zimbabwe.

As it turns out, a good number of those fans were indeed appreciative and proceeded to send him the money.

He tweeted out the bank account number into which fans were to transfer the funds. Good old fashioned bank account and fans made the transfers.

The ultra private among us are shaking right now. He shared his bank account name and number with millions of people on a public forum? Yes, he did. While it doesn’t sound like the wisest thing, it’s not really risky.

The security of our bank accounts is not dependent on the account number remaining a secret. We are meant to share that with those who would transfer funds into that account. Indeed we do put our account names and account numbers on our quotations and invoices and that’s okay.

Of course this doesn’t mean update all your social media descriptions to include your personal bank account. Davido himself opened a new account for only this purpose.

So, don’t unnecessarily share that info if it can be helped, you never know. However, it goes without saying that under no circumstances should you ever give anyone your PIN or passwords. NEVER share that.

I would have sent something his way too because he has given me hits. But the way my bank account is set up, I have a current and a savings account. All my funds are in the savings and need 23 working days to be available to use. Unfortunate.

He is donating it all away

At the end of the second day he tweeted that he might give it all away.

This was not the plan from the beginning though. Just 30 minutes after asking fans to send him money he had over US$63,000 worth and he admitted then that he started the whole thing as a joke. He did not think he would get such a response. He probably thought he would get a little and I doubt he would have donated it. However, the large sums attracted opinions.

I think it is those critical voices that made him donate it all in the end. Some were angry that he asked his financially inferior fans to send him money. Him being a millionaire who did not need it at all.

I hate that kind of thinking but I do know that many Zimbos would agree with that thinking, calling those fans stupid. I disagree. Personally, I do believe in supporting the artists who bring some joy to your life. We don’t do this enough in Zimbabwe.

If we wait until we are billionaires to support our artists, we will miss out on some of the cool stuff that never gets made as artists leave that industry altogether. Why should it hurt that the artist I’m giving a dollar to is richer than me?

For some reason we have no problem when we support large corporations. My dollar is my appreciation, a little token for the art I’ve enjoyed. Even if Davido had not donated it all away, it was still fine with me if he used it on his Rolls Royce.

How about that social media though?

Every other day we are reminded that social media is a great tool at our disposal. One that we are criminally underutilising.

Governments were toppled in North Africa through social media. A lot of businesses owe their success to social media.

And now, musicians are raising hundreds of thousands of dollars from 17 word messages. It’s crazy that we have stock exchange listed companies in Zimbabwe failing to raise that kind of money, Let alone the small businesses without access to the stock markets.

Davido did not need to launch a cryptocurrency through a complicated Initial Coin Offering or list on the Nigerian Stock Exchange. He amassed a fanbase, created a community on the free to use social media platforms. And that’s how we got here.

The Davido strategy for raising half a million on social media is simple really. I took notes and I’m going to share with you:

Let artists enjoy the fruits of their labour.