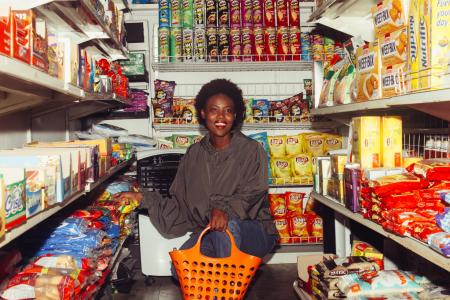 When it comes to Zimbabwe’s eCommerce landscape I like to consider myself to be a leading expert. I have had my finger on that pulse for almost a decade. There is hardly a store or app that I am not familiar with or so I thought. Over a month ago I wrote about how we needed our own version of Instacart in this country. As it turns out we already do have an app called Imets.

It is common knowledge that a good startup is one that solves a pressing problem that its society has. I outlined the problem that we have in Zimbabwe when it comes to eCommerce the big established shops like Spar, OK, Pick N Pay and others have made half-hearted efforts. While they do have online stores often these often have a limited selection of products and that’s just the beginning of it:

That’s where Imets comes in

The above and other problems mentioned in my original topic are precisely the kinds of problems Imets was founded to solve. Just like Instacart, they allow you to make a purchase from popular stores like OK, Spar and Bone Marche. They are not affiliated with these stores and so it doesn’t matter whether the stores in question already have an online presence or not.

Once you ore your benefactor have placed an order and made payment one of their runners goes to the nearest OK/Spar supermarket and makes the actual purchase from the store and delivers the goods to you. For this reason, their selection of goods is quite extensive as it’s based on what’s in the store rather than an outdated catalogue. They also bank on the fact that most stores tend to have the same price for similar items across their branches.

I had occasion to chat with the store’s founder who invited me to try their app. One of the things that intrigued me was the name itself. As it turns out it’s an anagram of the word items. It is pronounced I-Mets with the I being pronounced the American way like the weird way they say Iraq. This makes sense as the startup’s founder lives in California the home of Silicon Valley.

The founder of Imets has first-hand experience with how difficult it is to send groceries and other goods back to his loved ones back in Zimbabwe. Sending money is easy as several Money Transfer Agents have risen to fill that gap. Goods are another matter especially if you are not in South Africa where we have startups like Malaicha.

It’s not just Zimbabweans who face this problem according to Imets’s founder. Immigrants in America from other countries such as Puerto Rico. South American and Asian countries have no easy way to send back goods to their loved ones. So he sensed an opportunity and decided to start with Zimbabwe his home country.

If it does eventually grow Imets will not just provide an easy way to send goods back home by piggybacking on already existing stores. It will provide employment opportunities for locals as well as anyone with a car, motorcycle, scooter or even a bicycle will be able to sign up as a runner for the company. That will solve the problem currently plaguing every local startup: The last-mile delivery problem.

The lack of cheap delivery options has been one of the reasons why online shopping has not caught on. Crowdsourcing delivery is a genius idea. Imets estimates that their delivery agents will earn as much as US$20 per hour when if their service goes mainstream. That is well above what even doctors earn at the moment. At the moment they have. partnered with Link to Load a local logistical company to provide delivery services.

Naturally, I just had to try the service to get a first hand feel. You would not believe how many shops make fanciful claims about themselves on to fail when it comes to the actual shopping experience. The most disappointing example for me is Eat n Lick’s shopping app which has been stuck in Early Access for months despite it being advertised regularly. Thankfully downloading and installing the Imets app went without a hitch.

Currently, the app has the following shops:

They do have plans to add Pick N Pay, Food World and others in the near future. The available shops are featured on the home page of the app and to start shopping you just tap on your desired shop and are presented with an up to date catalogue of that shop. Prices reflect the current prices of that particular shop and are in USD. Thankfully as the app is aimed at the diaspora there is no need for them to show ZWL price which means no need to use the so-called official rate to do their conversions-their prices are much lower than you would pay in these shops.

Currently, each order is limited to one store only. This means if you start buying from OK you cannot then switch midway and start adding items from Spar into your cart. They are however working on a solution that will allow to do this in the near future. At the moment if you attempt to do that you will get a prompt. You will have two choices, either keep shopping in the current store or add the item from the new store which will empty your cart.

Once you have had your fill you can checkout and again the experience is quite similar to other apps. Except Imets has one other superpower up its sleeve. In addition to allowing you to pay using Visa/MasterCard just like any other app or store you also have the option to send the bill to someone via WhatsApp instead.

That’s a custom solution with very local roots that other apps lack. While other shops saddle you with premade hampers that are composed of basic items that beneficiaries might or might not need this Imets feature allows a local beneficiary to add the items they need into the cart and send the bill to their diaspora benefactor. Essentially this allows the Zimbabwean beneficiary to create their own custom hamper with the items they actually need. This is the feature that impressed me the most, to be honest. It’s an example of thinking global and acting local. This means Imets is more than just an Instacart clone.

Just like Instacart Imets makes money by charging a service fee on top of the total bill. This fee allows them to pay the delivery company, keep the catalogue database of each shop up to date and fund other operations. To make sure they make enough money per each order they do have a minimum order amount of US$60 (that is including their service fee). Also, goods generally come from the supermarket the branch nearest to you if that’s possible. For example, Food Emporium only has one branch this means that if you choose it you will end up paying more in service fees.

Areas they can improve on

As the service is still in its infancy it is nowhere near the oiled machine that Instacart is and there are several areas they can improve on:

During my chat with the founder, he indicated that they were working on solving these issues in the near future. They also have plans to expand beyond groceries and crowdsource the delivery part. You can download Imets here, try it for yourself and tell us what you think.