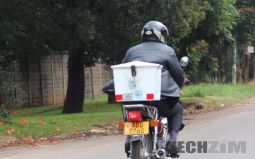 In the sector performance report released by POTRAZ for Q3 2021, we found out that postal and courier services are still on the recovery path. Total volumes pushed fell dramatically in Q2 2020 when the pandemic hit but have been increasing every quarter since that terrible Q2 2020.

We are still aways from the pre pandemic volumes but it’s encouraging to see the upward trend. However, I can’t help but feel the drop we saw should not have been that steep. There is an opportunity somewhere that just wasn’t being taken advantage of.

When the drop was witnessed in Q2 2020, POTRAZ had this to say about the reason:

I know some may be surprised that the sending of letters and documents was and still is that important to the postal and courier industry. Who is sending physical letters when they can email them or even WhatsApp them?

Well, I worked for a govt organisation once and my gosh did we send physical documents. When the pandemic hit, some reports had to be submitted electronically. I kid you not when I tell you that there was massive resistance to that change.

However, there are documents that cannot be sent electronically and so the posting of physical documents won’t die completely. Even private businesses still send a lot of documents. We expect that in time, we’ll see more packages sent than documents though.

The gold is in international courier

The deal is, the heavier the package, the more costly it is to send it. So, it is no surprise that the sending of packages results in greater revenue than the sending of letters. It is also then obvious that the sending and receiving of heavier packages to and from outside the country is most important for postal and courier service providers.

Disturbances in global trade, lockdowns and the closing of international borders affected this industry. However, the situation is improving and the all important international courier volumes are recovering.

This part is where the disappointing bit is. When we look at postal and courier service providers in other countries, we see that an uptick in domestic courier volumes more than offset the decrease in international courier when the pandemic hit.

So when we saw an 83% drop in total volumes shipped in Zimbabwe, in some countries, courier service providers were hitting all time highs in share prices. All thanks to e-commerce driven growth in domestic courier volumes.

On the surface, it does appear as if e-commerce in Zimbabwe did not shine when lockdowns and movement restrictions were effected for the masses. If anything was going to jumpstart ecommerce, the movement restrictions in the past 2 years were that. The fact that the number of packages sent fell dramatically is worrisome.

We found out in the Zimstat survey that 34% of Zimbabweans are simply not interested in e-commerce. 46% said they prefer shopping in-person, even with the risk of contracting the virus in supermarket queues.

I do feel that the figures captured by POTRAZ omit a lot of small domestic courier service providers.

By now, we can all agree that there is significant e-commerce business via social media platforms in Zimbabwe. The crazy thing is that most of the sellers on these platforms do offer delivery services. However, they are not working with the courier service providers that would be on POTRAZ’s radar.

On his motorbike, Mkoma Willie makes deliveries on behalf of a number of sole traders. These deliveries are not captured by the POTRAZ machine. Meaning the actual domestic courier volumes are higher than the 123,695 recorded in Q3 2021.

That being said, it is nice to see that the captured domestic courier volumes increased by 19.7%

All the volume increases discussed above resulted in a 31.7% increase in revenues. As if that wasn’t good enough, operating costs increased by only 8.5%. That is impressive in this harsh Zimbabwean economy. You will see how mobile network operators could not contain their operating costs as well here.

I wonder how the domestic courier services space is going to look like in a few years. I would argue that e-commerce is actually becoming more commonplace in urban areas. It’s just that Zimbabwe’s version of e-commerce is a bit different from the American one for example.

With many small businesses either working with small courier service providers or actually delivering themselves, we shall see if the established and known upcoming players will be able to make inroads there.

The international market will never be the same after the pandemic. So, domestic courier is going to increase in importance. Tariff wars, trade wars and closed borders have not crippled couriers in other countries because of domestic courier increases. Instead, they have actually thrived. That has to be the case in Zimbabwe.

10 thoughts on “If e-commerce is booming in Zim, who’s delivering the packages?”