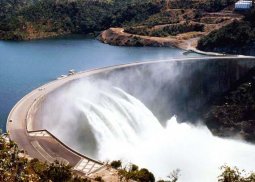 The Zimbabwe Electricity Supply Company (ZESA) has announced that it has brought three units at the Kariba Power Station that were offline back into service. The units were down because of maintenance that was being undertaken on the dam wall. ZESA also says that this measure was to ease load shedding during the festive period.

The statement from ZESA reads as follows:

UPDATE ON THE RESTORATION OF POWER SUPPLY

ZESA Holdings would like to advise its valued customers countrywide that the 3 units that were taken out of service at Kariba South Hydro Power station to facilitate urgent dam wall rehabilitation works have since been returned to service.

The return to service of the units has restored 345MW of power supply to the national grid thus significantly reducing the power supply gap that had increased load shedding. Furthermore, we wish to advise all stakeholders that the rehabilitation works have been temporarily shelved until 05 January 2022 in order to minimize load shedding during the festive season.

Consumers are urged to use available power sparingly to minimize effects of shedding. The inconvenience caused is sincerely regretted.

Remember, you can buy ZESA Tokens on Techzim’s USSD *405#

Update: A previous version of this article read that the power output had been increased by 450MW but the actual figure is 345MW. See amended release below.

5 thoughts on “ZESA brings back 3 units at Kariba, power output up by 345MW for the festive season”