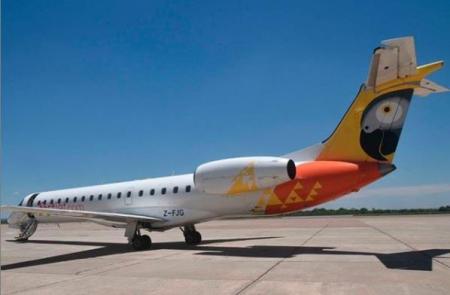 Fastjet Zimbabwe has issued a statement on Flight FN8441 that returned to Harare from Johsua Nkomo International Airport because the facility didn’t have electricity.

Fastjet Zimbabwe confirms that their flight FN8441, 26 January 2022, from Harare to Bulawayo, was unable to continue to Bulawayo’s JM Nkomo International Airport due to the Airport Authority advising the crew that there was no power at the airport.

With no power available, this could affect the landing and navigation aids typically used by the crew when approaching and landing the airport.

As the safety and comfort of our passengers and crew is our top priority, the flight crew opted to return to Harare, where customers disembarked and remained at the terminal until power was restored at Bulawayo.

The flight operated a few hours later on, with all customers reaching their final intended destination.

The flight was being operated by the airline’s ERJ 145 aircraft.

The problems don’t end there because Robert Mugabe International Airport’s radar system is apparently so antiquated that it should not be operating in 2022. This problem was confirmed by Transport and Infrastructural Development Permanent Secretary Thedius Chinyanga, late last year…

“The CAAZ has in its coffers $1,5 million and requires a balance of $3,4 million, which is a bid we made to the Treasury, but received nothing. The systems that we have are antiquated and we cannot fathom going beyond 2022 with the equipment. We pray that you assist us to get the $3,4 million that we bid for from the Ministry of Finance “

Parliamentary Portfolio Committee on Transport Chairman, Oscar Gorerino said the following during a meeting where this issue was raised back in December 2021.

“It is very dangerous to have a non-functional radar system for a nation. Why is it taking too long to be upgraded. There is a need for a change of strategy on the radar system. What is worrying is the continuous change of tender awarding all the time without any progress on the ground.”

This is deeply disappointing…