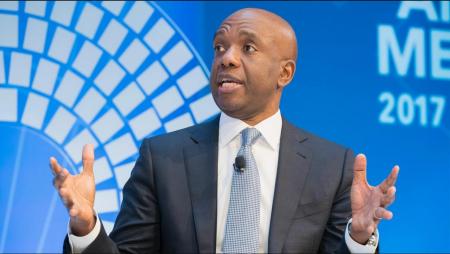 Google has appointed James Manyika as the company’s first Senior Vice President of Technology and Society. Manyika will report directly to Alphabet’s (Google’s parent company) CEO Sundar Pichai and will be working on the impact of technology on society and the environment.

“I’m thrilled that James Manyika will be joining Google’s leadership team. He’s spent decades working at the intersection of technology and society and has advised a number of businesses, academic institutions and governments along the way.”

James Manyika is a University of Zimbabwe and University of Oxford graduate. He serves on Harvard, MIT, Oxford, Stanford and other top institutions’ research boards. Before assuming his new post at Google, Manyika worked at McKinsey Global Institute where he was chairman and director.

Additionally, Manyika is also a published author, co-authoring titles like No Ordinary Disruption: The Four Global Forces Breaking All the Trends, How to compete and grow: A sector guide to policy, Disruptive technologies: Advances that will transform life, business, and the global economy, Big data: The next frontier for innovation, competition, and productivity and many others.

It’s been quite a couple of years for Zimbabweans in the tech field. In 2020, Econet Founder, Strive Masiyiwa was appointed to Netflix’s board and in the same year Ralph Mupita was appointed as the CEO of MTN Group.