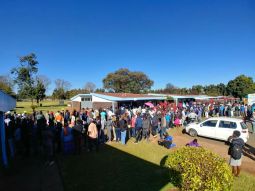 The Media Institute for Southern Africa Zimbabwe (MISA) has written a letter to the Zimbabwe Broadcasting Corporation (ZBC) urging the state broadcaster to provide equal coverage during the elections.

MISA’s letter to the ZBC on elections reads as follows.

Ref: Request for implementation plan for fair and balanced coverage of political parties during elections

Compliments of the new season.

As the by-elections proclaimed by President Emmerson Mnangagwa for 26 March 2022 beckon, immense responsibility is thus thrust on the media to comply with the Constitution in terms of its coverage of different political parties and interests. The Zimbabwe Electoral Act also states how the media should conduct itself during elections.

It is in that regard that the High Court of Zimbabwe and several election observer missions came up with several recommendations on how the public media, ZBC and Zimpapers, should cover the country’s elections following the conclusion of Zimbabwe’s 2018 harmonised elections.

The public broadcaster is thus duty-bound to duly comply with the relevant court order to that effect while also taking into account recommendations made by the various election observer missions.

For instance,  in his judgment in June 2019, High Court judge Justice Joseph Mafusire said ZBC and Zimpapers had breached Section 61 of the Constitution which provides for freedom of expression and media freedom through its coverage of the 2018 elections. He ordered ZBC and Zimpapers “to ensure their communications do not show bias in favour of one political party or its candidates and that they exercise impartiality and independence in their duties”.

The SADC report noted that the public broadcaster and the State-owned newspapers were in favour of one political party, contrary to the relevant provisions of the Constitution, the Electoral Act, and the Revised SADC Principles and Guidelines Governing Democratic Elections, which requires State-owned media to be impartial.

In 2016, Chief Justice Luke Malaba who was then Deputy Chief Justice extensively quoted the Electoral Act in the Majome vs Zimbabwe Broadcasting Corporation case during which he said:

“Section 160G of the Electoral Act requires a public broadcaster to afford all political parties contesting elections such free access to its broadcasting services as may be prescribed.

“… the public broadcaster is required to act in an independent and unbiased manner in the selection and presentation of television and radio programmes.

MISA Zimbabwe, by virtue of this letter, and in the context of the right to access information as provided for by the Freedom of Information Act, is therefore kindly seeking the following information as the country prepares for the March 2022 by-elections, and most importantly, ahead of the 2023 national elections:

1.What progress has been made in complying with Justice Mafusire’s court order and the recommendations by election observer missions?

2. Have you developed an implementation plan to comply with the afore-mentioned court order?

3. If not, what are the challenges being faced?

We hope our questions are in order and look forward to your favourable response in that regard.

Thank you for your kind consideration and all the best in 2022.