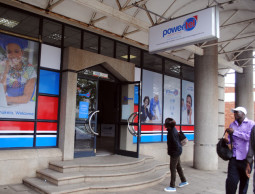 So… it looks like Powertel’s CDMA internet services have been down for some time. A member of the Techzim community reached out to us saying that they contacted Powertel in November 2021 and were told that CDMA internet was down due to an “upstream fault” and there was no timeline for the restoration of service.

The problem, according to what we were told, is still a reality and there was no communication from Powertel to its customers about the situation. Well… we reached out to Powertel and this is the response that we got:

Subsequent to the refarming of the CDMA frequencies to LTE, Powertel is working on the upgrade of its CDMA network to Long Term Evolution (LTE).

Powertel also is working on an expansion of its Base Stations using Long Term Evolution (LTE) to improve quality of service and in preparation for the Fourth Industrial Revolution.

Powertel would like to apologize for the inconvenience caused.

Why Powertel took this long to issue a statement is beyond me. They could have, at the very least, made their customers aware of the situation.

7 thoughts on “Powertel customers! Here’s why your internet has been down for MONTHS”