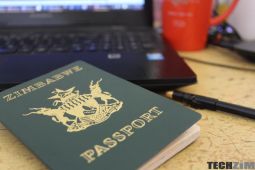 The fiasco that has been the e-passport rollout is soon to hit its crescendo. According to a report by ZBC News, the company that was contracted to run the project (Garsu Pasaulis) said that all systems are a go for Zimbabweans to start applying in the next three days.

“We are going to start issuing the passports within the next 3 days and training of staff was key to come up with a seamless process.”

The changeover from the old passport system to the new one is said to have been completed with the Registrar’s Office staff prepped and trained on how the e-passport system works. A simulation of the new system was conducted to assess its capabilities and all parties involved seemed to be happy with the outcome.

“The change over from the old to the new system requires extensive training of personnel and we are happy that we have completed the process as you can see our workers are being educated by the trainers on how the system works,”

This report follows shortly after the scrapping of the US$20 application fee (mainly because of public outcry) that was set to be paid through CBZ Bank. If the application fee stood then it was going to make what was already a difficult process even more arduous because everyone would have to queue at CBZ in order to start the process.

With the way queues were over the festive season when Civil Servants got their bonuses, it was going to be pandemonium out there. Thankfully the government saw the light and removed the application fee.

Now we wait to see what the process is actually like because an “all-clear” in Zimbabwe usually comes with its niggles and issues.