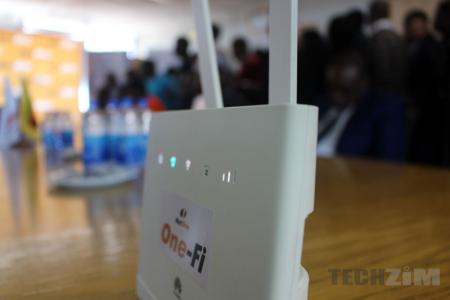 I am still reeling from NetOne’s new One Fi bundle prices… What possible justification can there be that a mobile network operator is charging tens of thousands of dollars more than internet service providers (ISPs) for similar packages and even more than uncapped packages?

Here’s a straight-up comparison of what NetOne is offering for its One Fi packages in contrast to the other mobile network operators Econet and Telecel.

NetOne vs Econet vs Telecel

As you can see it’s not even close… NetOne is orders of magnitude more expensive in these packages than its competitors. What has raised alarm on social media is that the other mobile network operators will take this same course of action because no data bundle price increase is done in Zimbabwe without the Postal and Telecommunications Regulatory Authority of Zimbabwe’s say so.

This means that there might be a new special arrangement for these mobile “wi-fi” packages from the regulator. However, even if that is the case, the situation is a lot worse when you look at what ISPs are charging for sim-based internet services.

NetOne vs Telco vs ZOL Wibroniks

Utande’s uncapped LTE can even be put into this conversation because their prices in USD are far more palatable than NetOne’s One Fi. As we said earlier this morning NetOne’s prices by the auction-rate are ridiculous… The biggest package of 80GB for ZWL$99,000 is about US$798.39 at the official rate as of the 22nd of February 2022.

So even if you factor in installation costs, you are far better off (for the moment) going to ZOL, Utande or Telco to get their LTE or sim-based services.

It’s hard not to revisit that fear that the other mobile network operators (Telecel and Econet) might follow this route because as earlier mentioned, this price hike would have had to go through POTRAZ. If that is indeed the case and nothing changes with the ISPs, then all of them would in effect have priced everyone out of the market when it comes to MiFi or home internet usage.

This would be strange because MiFi routers are sought after as they offer a low barrier to entry for internet services. You don’t have to go through an extraneous connection process, it’s all plug and play and you can carry the router where ever you want as long as there is adequate network coverage.

Moreover, in the wake of remote work and e-learning, this would be a major step back for the MNOs because who is making enough to be able to afford nearly US$800 for 80GB.