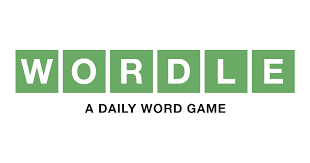 What can one do to kill a bit of time? There are literally thousands of things one can do but how many of those are simple, a bit challenging, not time consuming and can be enjoyed with millions of people across the globe? Well Wordle is all those things.

Wordle is a web-based daily word game that has taken the world by storm. The game is simple enough for everyone to understand but is challenging enough to still enjoy.

Like I mentioned, the game is web-based and so you don’t need to download anything. You just visit the website here, on any device capable of loading web pages – phone, tablet or computer and you play. I couldn’t play on my Smart Kambudzi running KaiOS though.

This simple premise has made it a hit. Even Google couldn’t resist the trend, putting Wordle in an easter egg. If you ‘google’ the word ‘wordle’ the Google logo plays around with Wordle boxes and imitates the game.

The developer, a former Reddit employee, somehow managed to make the game more popular by only releasing one puzzle a day. Yes, in this world of game developers perfecting ways to keep fans playing, Wordle can only be played once a day. If you visit the site using a different browser you’ll be able to play again but you will be getting the same puzzle. It flies in the face of modern logic but works in spite of it.

That’s crazy if you think about it. We heard how even Instagram and Facebook are designed to be addictive, making sure you spend as much time using them as you possibly can. The fact that Wordle gives people no opportunity to play more than once a day should not have been a formula for success. Yet it is.

Then the other stroke of genius by the developer was to make it easy to share one’s performance online without revealing the actual word. You may have seen these boxes on social media. 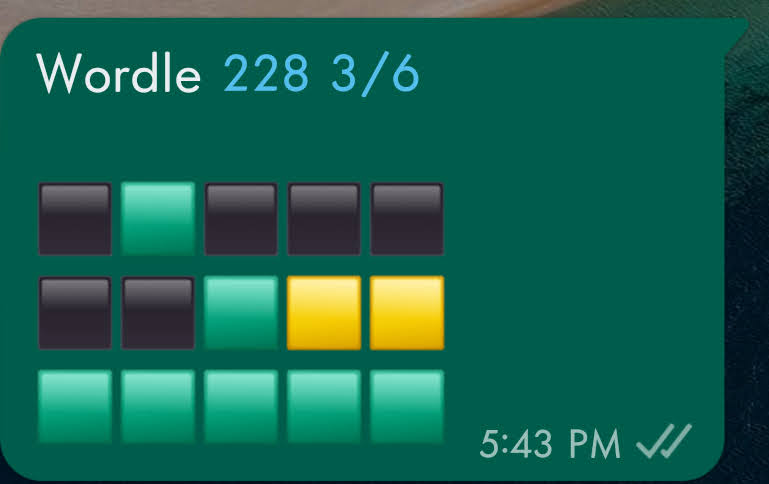 That’s me getting it right in just 3 tries like a boss.

For people who had been conditioned to enjoy life’s pleasures to the excess, some developers created their own clones that deliver as many puzzles as one wants any day. Some of these copycats were removed from app stores but if you find the Wordle itch unscratchable, there are similar games you can enjoy.

Wordle sold for million(s) of dollars

This simple game isn’t even monetised as there are no ads on the site and it’s free to play for everyone. Yet it was bought by the New York Times for a price “in the low seven figures” just a couple of days ago. So at least a million US dollars were paid for the game.

That’s crazy. Even novice developers can recreate this game and so it goes to show that an idea when well executed can be more valuable than technically superior products.

The NY Times says they will keep the game free for both current and new players, for the moment at least. So why even buy it? To bolster their digital subscriptions of course. So, I wouldn’t be surprised if the game eventually went behind the Times paywall.

That won’t be too bad, like Flappy Bird back in the day, copycats will fill the need. But boy does this make one want to pull out a computer and start working on that idea that has been shelved for years.

Netflix has started delivering on its mobile games promises

14 thoughts on “Wordle: simple game that even you might code went viral and then sold for over US$1m”