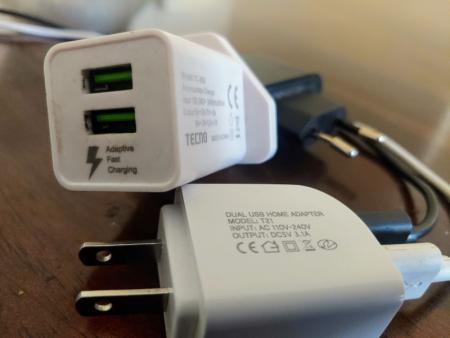 OPPO is at it again with their innovations in fast charging. At Mobile World Congress 2022 they announced a 150W SuperVOOC fast charging standard that will debut in a OnePlus phone in the second quarter this year.

With this crazy fast charging, you will be able to charge a phone with a 4500mAh battery from 1% to 50% in just 5 minutes. That’s not a typo, you can replenish half the battery in just five minutes. To get from 1% to 100% you will need only 15 minutes.

Fifteen minutes to charge a 4500mAh battery while my 4000mAh phone takes one hour longer feels like a flex. That’s how crazy 150W is, my LG V50 can only manage 18W and it feels stupid to call that fast charging any longer.

For context, the iPhone 13 Pro Max can reach up to 27W, and the Galaxy S22 supports 45W charging. The Galaxy takes about an hour to fully charge whilst the iPhone takes longer and yet these are the two most desired flagships on the market. A 2021 14” Macbook can only manage 96W.

If you have an older phone that doesn’t support fast charging, you can only charge at 5W at best. A far cry from the 150W OPPO announced which fully charges a phone in just 15 minutes.

The OPPO madness did not end there. They unveiled a proof of concept fast charging standard that gets to a ridiculous 240W. With this kind of power, one can charge the same 4500mAh battery in just 9 minutes. Charging a phone to 100% in less than 10 minutes sounds like science fiction but the tech is in the works. There is no date yet for when this 240W standard will hit the market though.

Watch this ridiculousness in action:

What such fast charging would mean

These kinds of charging speeds would change how we use our phones. I had this conversation with my colleagues earlier this week and we imagined how our phone usage and charging habits would change if we could fully charge our phones in less than 10 minutes. Having a shorter screen on time would not be too bad if you could top up back to 100% in just 5 minutes.

Would we even demand huge batteries in our phones if it would take 5 minutes to fully charge a 3000mAh battery? Smaller batteries would free up space in the phone’s chassis. Making it possible to get the headphone jack back, a stylus, better cooling, crazier cameras with periscope zooms and the like. I would take that trade.

What about the heat?

It would be bad if not for the fact that manufacturers have developed adequate battery management systems. All this business of the 0-50% charging time being shorter than from 51-100% is part of the methods they use to reduce the damaging effects of fast charging. This is why fast charging started to gain popularity in the last few years, the manufacturers can now manage the power.

In OPPO’s case, they were quick to assure us that they improved their battery management system. They say even whilst charging at 150w, their new Battery Health Engine should result in the battery maintaining up to 80% of its capacity after 1600 charge cycles. That is impressive.

In the meantime, find out how fast charging works here:

Looking for a fast charger? Read this first

12 thoughts on “Fully charge your phone in 9 minutes? OPPO says why not with 240W fast charging”