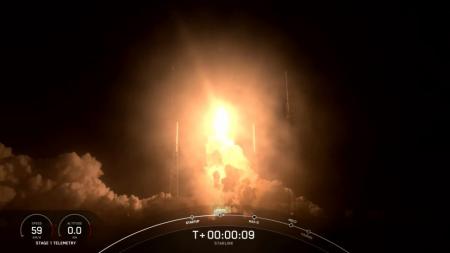 You don’t need telling that there is a war situation between Russia and Ukraine. There was tension between the countries and last week the Russians invaded Ukraine. Missiles were launched, bombs thrown and all the usual war stuff.

This military activity disrupted Ukraine’s internet and as you know, the internet as a communication enabler and more has become an essential tool for armies. The Ukranians were therefore at a disadvantage when their internet was disrupted.

The Ukranian vice prime minister and minister of digital transformation Mykhailo Fedorov sent out a tweet to Elon Musk asking for his help in providing internet access in the country. Tweeted the vice prime minister, “@ElonMusk, while you try to colonize Mars — Russia try to occupy Ukraine! While your rockets successfully land from space — Russian rockets attack Ukrainian civil people! We ask you to provide Ukraine with Starlink stations and to address sane Russians to stand.”

Find out what Starlink is all about here but simply put it’s “basically a bunch of low-orbit satellites constructed by SpaceX that will deliver the internet.” And if you will believe it, you can preorder it right here in Zimbabwe.

Elon Musk responded favourably to the request. I believe he embraced the opportunity to help with both hands as he could use some good PR after the last couple of years he has had.

At the same time he probably did not like being put on the spot especially considering that Tesla, his electric vehicle maker, was starting to pick up steam in Russia, commanding 32% of EV sales. Plans to open a manufacturing plant in Russia may have to be tabled because I don’t think Putin, the Russian president, appreciates Musk helping Ukraine during this war.

Musk told the Ukrainian vice prime minister that Starlink was now active in Ukraine and promised to send terminals and the other hardware required to set up internet access. The first batch of hardware arrived in Ukraine and the VPM thanked Musk,

Russia has experience targeting satellite communications. As far back as 1996, they tracked down a Chechen leader via a satellite phone and killed him with a missile strike.

Satellite phones became popular in militaries because the phones communicate directly with a satellite as opposed to cell phones that need land-based towers (base stations). The more isolated areas that army personnel or govt leaders can hide out usually do not have cell service.

Hence, satellite phones became one of a few options in those areas. It also helps that these satellite phones are harder to track than cellular phones. Although harder, with the right equipment and technical knowhow, satellite phones can be tracked. This is because they still send out signals in all directions like cellphones and militaries are now experts at locating and intercepting them. Like what happened to the Chechen leader.

With VSAT, instead of a phone communicating with a satellite directly, a satellite dish is set up which handles the direct link. This setup is better than sat phones because there is a more directional signal, rather than spraying signal in all directions. This makes it harder to track than sat phones.

However, harder does not mean impossible. Even VSAT terminals can be tracked and Russia has tracked them before. In Syria, the Russian army located many VSAT terminals and nuked them. It doesn’t help that geostationary satellites are used here.

The Starlink terminals are much more directional than the omnidirectional sat phones and the geostationary VSAT. A terminal can be placed away from the people and the connection to the terminal made via cable. Reducing the chances of casualties should a terminal be located and nuked.

The Starlink terminals also cost around US$500 and should one be nuked it wouldn’t be too expensive to replace. With that low cost, even decoy terminals can be placed in the middle of nowhere to trick Russia into bombing them. Russia could end up using a million dollar missile to nuke a $500 terminal and so they likely won’t proceed with this action unless corroborating intel is sourced.

There is also the fact that some civilians are using Starlink and Russia would be guilty of war crimes if they bombed those. One Ukranian citizen revealed that his Starlink unit was working and boasted of getting speeds of up to 200Mbps. Man, even war torn countries are getting better speeds than we are getting in Zimbabwe.

For Russia, distinguishing civilian users from military users would probably take too much effort. Meaning Starlink is likely to prove to be helpful to the Ukranian military.

The main point is that it would cost Russia too much money and time to try to destroy or intercept Starlink signals. They are better off targeting the cell towers that are still operational.

All this makes you wonder how Zimbabwe is prepared for something like this.

13 thoughts on “Ukraine got Starlink satellite internet. Can the Russians attack it?”