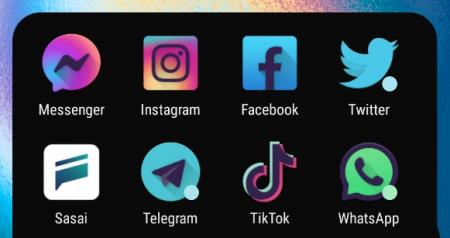 It is amazing that in a world of over 7 billion people of different nationalities only a handful of online platforms are popular. Such is the advantage first movers enjoy when they create platforms and amass millions of users before the competition even exists.

When the competition eventually comes it will have its fans but it’s difficult to unseat the first kings and queens. Today, the internet is controlled by a few companies from a few countries. We have discussed the Americans’ dominance, especially in light of what is transpiring in Russia. Turns out the European Union (EU) has been bothered by this dominance too.

EU lawmakers sat down for 8 hours last week to discuss core platform services, with a focus on social networks and search engines. The EU is looking at companies with “a market capitalisation of at least 75 billion euro or an annual turnover of 7.5 billion.” They are calling these companies ‘gatekeepers.’

For a company to be called a gatekeeper they also have to be providing “certain services such as browsers, messengers or social media, which have at least 45 million monthly end users in the EU.and 10 000 annual business users.”

After the discussions, the EU agreed to new rules to limit the market power of the big online platforms. They came up with the Digital Markets Act that will ban certain practices by the big platforms.

What limiting their market power means

Messaging services are first in line for the changes, social networks’ fate will be decided in the future. The EU decided that the largest messaging services will have to open up and interoperate with smaller messaging platforms if they request.

This would mean users of different platforms being able to send messages and files, as well as make video calls to each other. As a result it wouldn’t matter which app one preferred, they would still be able to communicate with their friends and family using a different platform.

You could chat with a WhatsApp user from your Telegram desktop client. Or use the fun Viber to call a Facebook messenger user.

This is meant to increase competition and allow users more choice. Which is true, there really isn’t much competition as Zimbabweans can attest. You might not like WhatsApp but you have no choice but to use it. So, the EU wants to morph that semblance of choice into proper choice.

There will be heavy penalties for failing to meet the new regulations which still have to go through the European Parliament and Council. Failure to comply could attract fines of up to 10% of a company’s worldwide turnover in the preceding year. Repeat offenders could be fined up to 20% and can also be barred from making any acquisitions for a period of time.

Shaking up the status quo

The EU represents the whole of Europe save for a few countries and is too important of a region to ignore. This is not like some country of 15 million citizens which Big Tech would have ignored and just cut off. Big Tech will have to fall in line.

Now, this may be Europe but we will most likely see the interoperability benefit even smaller platforms in Africa like Sasai. The EU is only standing up for Europeans but EU forced changes usually extend to other regions. Today we have to consent to cookies on pretty much every website we visit and have the EU’s GDPR to thank for that.

You might be wondering if it is even technically possible for such interoperability to happen. It appears so. Right now you can message between Facebook Messenger and Instagram. You may have noticed that the chat icon in Instagram changed to a Facebook Messenger icon. You can search for and start conversations with Facebook users right from your Instagram DMs.

Yes, I know, both Instagram and Facebook are Meta owned. However, these apps were and are run separately in a way. Meaning two platforms can interoperate if there is business sense to doing so. That’s what is stopping these messaging platforms from interoperating – business reasons, not technical reasons.

Leaked Apple emails revealed that they decided not to bring iMessage to Android to keep it an iPhone exclusive and prevent families from just buying cheap Android phones for their children. See, what WhatsApp is over here in Zimbabwe is what iMessage kind of is in the US. You just have to have iMessage in the US, especially if you’re a teen. If iMessage was available on Android, rest assured that few parents would bother with expensive iPhones for their pre-teens.

The EU is having none of that. The walled gardens have to fall.

You saw this coming, Big Tech is not ecstatic over the proposed law. Who can blame them? After all, to be fair, they did invest billions into these messaging platforms and carefully built walls around them to ensure only they could benefit from the risk they took building them. You might remember that Facebook (now Meta) paid $19 billion for WhatsApp.

I am a capitalist through and through but for some reason, I’m loving the EU’s decision. Apple is not and a company spokesperson said some provisions of the law would “create unnecessary privacy and security vulnerabilities for our users while others will prohibit us from charging for intellectual property in which we invest a great deal.”

Fair point if you ask me. However, after what I saw happen to Russians, I’m all for any laws that remove power from these American companies. We need a decentralised internet and I’m sorry Apple, this time around I’m willing to ignore your rational position.

Time for Sasai to step it up

Sasai is not terrible, it has its weaknesses but I wouldn’t say it’s hopeless. Personally I’m not into super apps and I find Sasai too busy. The main thing Sasai has going for it is actually the cheaper Sasai bundle.

That right there shows you just how much of an advantage the American platforms have. Even the price conscious Zimbabweans choose to use WhatsApp over Sasai which is cheaper. It is just too hard trying to get every contact of yours to move to a new app.

Now, imagine the day when you can chat with your friends on WhatsApp from your Sasai. You could enjoy the cheaper Sasai bundles but not miss out on the WhatsApp conversations. Why would you not do that? Oh, Sasai itself.

Sasai needs to do something about their app. I’m not alone in feeling there are too many features in that app. If they streamlined it to say, Sasai Chat and EcoCash only, I could see myself using it.

Even if they don’t go for that. They might want to revamp it in time for the interoperability. They could run promotions and go on awareness campaigns when interoperability comes but they have to make sure that by then, their app is good enough to keep those who try it coming back.

7 thoughts on “EU to force WhatsApp, Facebook Messenger to interoperate with smaller platforms. Sasai must be giddy”