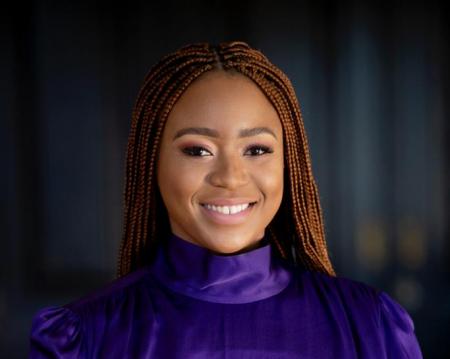 Just over a month ago, Econet Wireless announced that their founder, Strive Masiyiwa, was stepping down from the board of directors of the company. He had been on the board since inception in 1993 and the announcement closed the chapter on a very long and dramatic 29 years.

The Masiyiwa story at Econet is far from being over though. Strive remains a major shareholder and it turns out that Econet will still have a Masiyiwa on the board after all. This time in the shape of Strive’s first born daughter, Elizabeth Tanya Masiyiwa.

Miss Masiyiwa is a senior executive, social entrepreneur and philanthropist. She serves on a number of Boards including Higherlife Foundation where she is the Head of Design and Innovation and the Harvard University Leadership Council for the Centre of African Studies. Miss Masiyiwa holds BSc (Hons) degree in Banking and International Finance from Bayes Business School, City University London, a Masters of Social Entrepreneurship from Hult International Business School and is currently completing the Executive MBA from Cambridge Judge Business School, Cambridge University. She has worked in various organizations, spearheading the investment and funding programmes as well as the human capital development of those organisations. She currently holds a number of leadership positions in both local and international organisations. Miss Masiyiwa brings a wealth of experience to the Board.

So, if you were worried that Econet would steer into the abyss without the Masiyiwa magic, fear no more. Tanya may be her own person but she was raised by Strive and should bring a similar vision for the future of Econet.

I would imagine in Strive’s succession plan, he counted on Tanya being ready to take his place in the company that transformed their lives. He obviously believed she was ready and decided to step aside and take on different challenges.

In the above Econet announcement, they talked about Tanya serving on a number of boards. One of those boards is EcoCash Holdings where she has been a member since 2018. She served on that board with her father for a little while until he had to retire for governance and transparency issues.