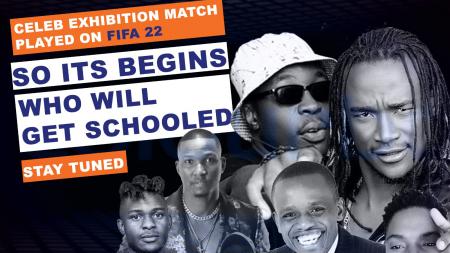 E-sports Zim has been busy these past couple of years. Partnerships with EA that allowed Zimbabwean FIFA players to be able to compete in global FIFA tourneys and a SteelSeries collab for gaming peripherals.

Recently they have partnered with StarFM, one of Zimbabwe’s biggest radio stations, for a FIFA22 celebrity face-off where Zimbabwean celebrities duel each other in a FIFA22 match. This is what had to say.

After a weekend spent listening to StarFM Zimbabwe and playing games we can conclusively state that there is no better pairing.

Local Radio station Star FM appears to agree with our thorough research as this morning it has announced its continued support of local esports.

Whether you’re a casual gamer or want to play competitively, whether you play at home or in a professional team, we wanted to add value to gamers everywhere with tournaments, content and of course the convenience of discussing all the relevant topics and linking you to the world good quality music, so you don’t have to stop gaming for even a second

This is the third partnership Esports Zimbabwe is getting involved with local esports and we’re keen to see what else the firm has planned. Last year it hosted casual tournaments and sponsored prizes.

Will we see a full tournament sponsored by StarFM & Esports Zimbabwe? We can’t say but we think it would be rather cool.