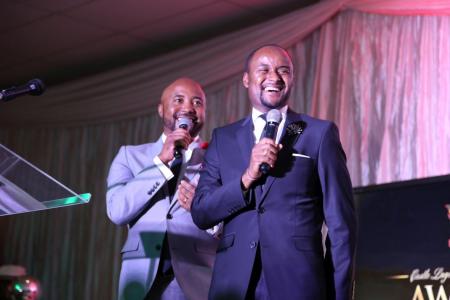 On this episode of Technikari, I was joined by one of the best sportscasting duos out there, Barry Manandi and Mike Madoda. I am sure all of you have heard their voices over the radio or seen them on TV and I had the pleasure of picking their brains about what football was as a young fan before the advent of social media. It was a different world back then and they shared their experiences from those days that I can only imagine were in black and white.

“Dynamos would play Highlanders on a Sunday and if you were from our background, I come from a rural background, you would be getting the Parade Magazine that would come out a month later and you’d still be keen on the story.”

You can download, listen or watch, Technikari (with Barry and Mike) with the links below. Alternatively, you watch this episode on YouTube directly with the link here.

We also talked about the state of local football as well as why the PSL has been struggling to attract fans.

Comrade Fatso talks about how the Private Voluntary Organisations (PVO) Bill is an existential threat to Non-Governmental Organisations in Zimbabwe. Seeing as Magamba is an NGO, it’s hard not to cast one’s mind back to the time when the City of Harare tried to demolish their HQ at Moto Republik. Now it looks like they are after the business model.

NetOne thought they could pull a fast one on Zimbos by setting their One-Fi bundles at a ridiculous price… Imagine having to pay US$800 for 80GB? That’s insane and Zimbabweans swiftly reminded them that they are at our service, not that other way around.

ZOL Zimbabwe (now Liquid Home) announced that it was going to be charging 10% Excise Duty on Internet services and VOIP. Pushing things onto the consumer is a time-honoured tradition in business, however, ZOL isn’t to blame here. The fault lies with the government for making internet services more expensive by pushing a duty that is reserved for unsavoury things onto a utility like the internet.

10% internet tax: the Techzim community has its say

Wondering why your business’ branding isn’t working? Listen to this…

3 thoughts on “TECHNIKARI Mike Madoda & Barry Manandi: Football before social media in Zim & the state of the PSL”