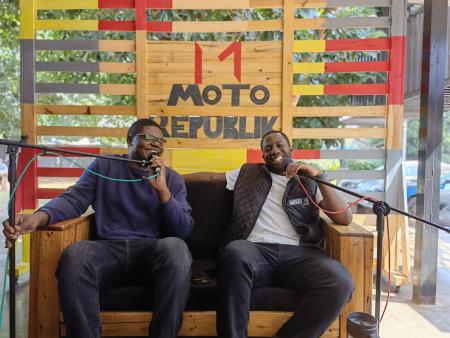 The recent policy measures that were put in place by the government left many scratching their heads as to what is going on in Zimbabwe. The most confusing one of them all was the banning of credit which was overturned, but not as loudly as loans were banned. To get stuck into the immediate and future effects of new policies (those that remain), we were joined on this episode of Technikari by a peerless economic mind, a man who needs no introduction, the one and only King Kandoro.

Alternatively, you can watch the Kandoro takeover of Technikari with the player below or you can click the link here to go directly to YouTube.

Mike Madoda and Barry Manandi joined us to talk about what it was like to be a football fan before the age of social media in Zimbabwe. They also gave their opinions on why the local premier soccer league has failed to put butts in seats.

Mike Madoda & Barry Manandi: Football before social media in Zim & the state of the PSL

Branding is not just about a logo, it should convey your company’s story and the ideals that it holds. We were joined by Sherman Baloyi the CEO of local brand firm OnaDsgn to understand why companies like Econet pour tens of thousands (USD) into their brand strategy and what young entrepreneurs need to learn from it.

TECHNIKARI: A brand is not a logo, it’s a story SO TELL IT!!!

3 thoughts on “TECHNIKARI with King Kandoro: Zimbabwe’s economy is a Mshikashika”