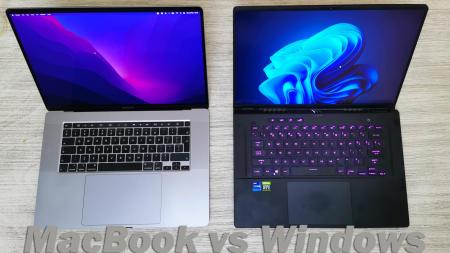 Before you say it, I know, Apple’s computers are overpriced. That’s just something we have all known to be true for years and years. We don’t even question it anymore. However, is that really the case?

The logic we use is that if two tools can only do the same job, they have to be priced the same. We know that that logic has its limits and sometimes it’s not about what job something does but really, how it does the job.

We understand why an air ticket has to cost more than a bus ticket. Or even why a mshikashika costs more than a Zupco bus. In both cases, the job done – taking you from point A to point B – is the same. Why do we not look at computers the same way?

I don’t know what you use your computer for but a Mac would really improve your experience in most cases.

I held on to my old HP ProBook until it croaked. The thinking was, it was a computer just like any other computer and as long as I could use it for what I wanted to use it for, I’d be a fool to consider anything else.

Well, I’ve been using a new laptop for a few months now (review coming) and I can tell you right now, I was wrong. I was so used to my computer taking ages to complete many tasks that I didn’t see just how much it disturbed my workflow.

A computer that takes over 5 minutes to boot up and be ready to be used is a problem. Especially when it occasionally freezes up, necessitating restarts. You might be okay with your computer taking over a minute to open a heavy app but you don’t know any better.

You don’t realise just how much you don’t fire up that app even when you need to because you dread waiting for it to launch. I would worry about the number of Chrome tabs I had open, knowing that opening one more to quickly look something up would at best take half a minute.

When your computer’s performance, or lack thereof changes how you would use it, that’s a problem.

Apple is moving on from Intel processors. That’s a big deal because for decades, we have only had Intel processors in both our Windows and Mac computers. AMD is the other major player but has a habit of falling behind occasionally, being in the up cycle at the moment.

Apple is now building its own processors and they provide some benefits over their Intel counterparts. Do note that Apple cherrypicks benchmarks that favour its processors and so the performance differences between Apple silicon and Intel are not that significant in many cases.

That’s especially so with Intel’s 12th generation processors that are actually faster than the Apple ones in most cases. That said, here’s why Apple’s silicon is important, in addition to the obvious benefit of having more competition in the processor space.

The M1/M2 processor only sip power where the Intel gulps. There aren’t any tests to draw upon for the M2 as it was just announced. However, when we look at the M1 processor versus the Intel Core i7 11th Gen it went up against, we see just how much more efficient the M1 is.

In some cases, the Intel draws as much as 3 times more power than the M1. This in turn translates into much better battery life on M1 than on Intel. Some YouTube endurance tests show an M1 Mac lasting 10 hours longer than an Intel laptop.

In a Mac vs Mac situation, tests show that many get at least double the battery life on Apple Silicon vs on Intel.

In mixed use, the M1 Macs are still able to manage a full working day on battery power alone. Now, in a Zimbabwe plagued by power cuts that’s a great improvement. That’s not to mention the savings on ZESA bills from the lower power usage.

The other benefit to pulling less power is that the M1 Macs are eerily quiet. They draw less power, don’t heat up as much and so don’t need as much cooling. So, if you need a quiet environment, the M1 is a sure bet. You can record a podcast or have a video call from an M1 Mac that’s rendering a 4K video which you simply cannot do on Intel.

You may have used Windows laptops with Intel or AMD chips that last a full working day. However, that battery life usually comes at the expense of power. The M1 Macs are able to trade blows with high end Intel chips in performance whilst using significantly less power.

The difference is only amplified when both are on battery power. Because the M1/M2 use low power, they are able to maintain the same performance on battery power as when they are plugged in. Try that with your Intel processors and you’ll see as much as a 40% drop in performance.

The Macs are cheaper

Yes, hell has frozen over because the M1 Macs are cheaper than the Intel ones. You can spec out Windows computers that are faster than M1 Macs till kingdom come but you won’t be able to do that at the same price point.

If you want the same computing power on Intel, you will need beefier cooling and you often have to go the gaming laptop route for that. That’s crazy right there. One with a razor thin MacBook Air can have better performance as one with a standard Core i7 Windows laptop.

It’s not as great as Apple makes it look

When Apple introduced the M1 chips, they made it look like they wiped the floor with Intel. Well , Intel ran their own tests and found that their demise had been greatly exaggerated.

In those tests, it appeared that the Core i7 11th Gen chip was faster than the M1 in content creation, productivity and gaming. In addition Intel pitted an M1 Mac against an Acer Swift 5 with the i7 and there was only a 6 minute difference in battery life.

One could argue that Intel also cherry picked tests that showed their product to be superior. That may be but that’s what Apple does as well.

So in the end, there are major benefits to choosing the M1 powered Macs but that won’t make your experience that much better than Intel users.

However, the consumer wins as this competition is moving these companies to improve their products even as we saw major improvements in Intel’s 12th Gen processors that came following the M1.

That’s what Apple and AMD gaining traction led to. Which is great because Intel did indeed slow down their innovations when they were on top of the world.

So, as the M2 processors improve on what the M1 started, albeit only slightly, they bring out the best in Intel and AMD. Who knows, the next generation chips from those guys could prioritise battery life and running cooler and quieter like the M1.