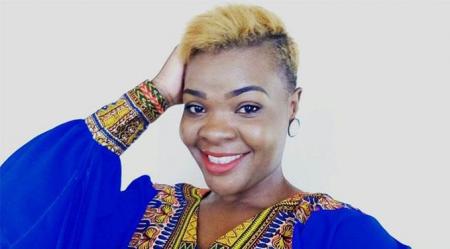 Internet personality and former gospel artist turned comedienne Evidence Chihera appeared before Harare Magistrate yesterday in connection with a Facebook Live where she allegedly claimed that Mai Titi’s children had been raped by a mentally ill person according to a report by NewsDay.

This rivalry (for a lack of a better term) has been rumbling for quite some time now because earlier this year Mai Titi and Madam Boss reported Evidence Chihera to the Minister for Information Monica Mutsvangwa for cyberbullying. Furthermore, last year, Mai Titi reportedly sued Chihera for US$200,000 after the latter said in a live stream that Mai Titi was a “whore and a slut who was a bed-hopper”.

On the other side of things, Chihera claims that Mai Titi had issued death threats her way according to the same report by NewsDay. All of this has set up an interesting precedent for the recently instituted Cybersecurity and Data Protection Bill because in sections 164B and C there are provisions for cyberbullying and defamation on the internet.

164 B – Cyber-bullying and harassment

Any person who unlawfully and intentionally by means of a computer or information system generates and sends any data message to another person, or posts on any material whatsoever on any electronic medium accessible by any person, with the intent to coerce, intimidate, harass, threaten, bully or cause substantial emotional distress, or to degrade, humiliate or demean the person of another or to encourage a person to harm himself or herself, shall be guilty of an offence and liable to a fine not exceeding level 10 or to imprisonment for a period not exceeding ten years or to both such fine and such imprisonment.

164C – Transmission of false data message intending to cause harm

Any person who unlawfully and intentionally by means of a computer or information system makes available, broadcasts or distributes data to any other person concerning an identified or identifiable person knowing it to be false with intend to cause psychological or economic harm shall be guilty of an offence and liable to a fine not exceeding level 10 or to imprisonment for a period not exceeding five years or to both such fine and such imprisonment.

This might be internet drama but what happens affects us all

The Mai Titi vs Evidence Chihera, is to my best recollection, probably the first proper test for this new law. It will be really important for everyone else because it could set the precedent for how issues like this will be dealt with in the future. Social media in Zimbabwe, as it is everywhere else in the world, is a part informative and entertaining while on the other hand being an absolute cesspit.

You can go from seeing a debate about substantive and interesting topics to a mud-slinging contest all within the same timeline. The latter is where the problem now lies because in the heat of the moment what you commit to the post might be held against you because as well all know the internet is forever and screenshots will be taken before you know it. How this goes could be used as a reference point for future cases of this nature.

Anyway, Evidence Chihera was granted ZWL$20,000 bail and the trial will commence on the 30th of June 2022. We’ll be keeping an eye on this case and I’d be really interested to know what you think about all of this.