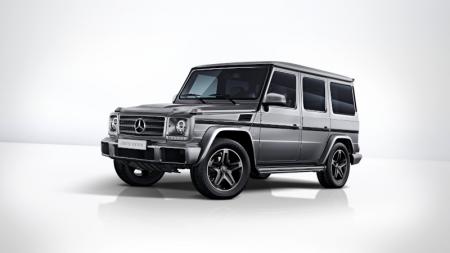 Would a SaaS model have helped?

Car enthusiasts do not like modern cars and are terrified of what the future likely holds. I’m not in that boat, if it’s fast, looks good and is comfortable, I’m satisfied. Where I agree with car enthusiasts is that there’s too much electronics in modern cars.

The leader in the electric vehicle industry, Tesla, has a vision for the future I don’t subscribe to. Tesla is a Software as a Service (SaaS) company now. That means there are some features that a Tesla owner has to pay a monthly fee to get. What?

To unlock Full Self-Driving Capability a Tesla owner has to fork out US$199 a month. That is wild, especially when we consider that Teslas are most known for the self driving gimmickry. Somehow, one of the main features is not available with the car, it has to be subscribed to.

In Tesla’s defence, development of self-driving tech is ongoing. That makes it hard to just charge once for the feature, few want to make a $10,000 once-off payment for the feature. The SaaS model allows customers to pay over time and gives Tesla a reliable revenue stream.

Some might call that a win-win. The customer really wins too. You know how with phones and computers you may receive a software update that gives your device new functionality? These days phones’ cameras improve with almost every software update.

Imagine that but for cars. It always has been that a car will only ever be at its best at purchase. Teslas improve with time and that will be the case for all future cars.

Mercedes probably wishes that was the case when it released the 2017 G Wagon.

The 2017 Mercedes-AMG G65 had to be recalled because it was too fast in reverse. The U.S vehicle safety board had them do this.

There is software that controls that and Mercedes’ software engineering team dropped the ball and the huge SUV could reach up to 100km/hr in reverse. That is much too fast even for a sports car, nevermind the G Wagon that’s the size of a small cabin.

Mercedes had to update the car’s electronic control unit (ECU) to cap the reverse speed at around 25kph. There were concerns the boxy G Wagon could tip over if swerved whilst going fast in reverse.

Updating the car’s ECU was a costly process because it involved getting all the affected cars to a Mercedes outlet. There weren’t too many affected and so the cost of the exercise was not too high. However, imagine how easy it would have been had the 2017 G Wagon been capable of receiving over-the-air software updates like the Teslas.

On the other hand, cars that can receive over-the-air updates present their own security risks. We have seen car manufacturers respond to reports of theft by immobilising said cars. That’s great but what if some hacker does that to your car?

Many white hat hackers have demonstrated how easy it is for them to hack and immobilise some modern cars. Some guy could turn off 25,000 cars at the push of a button.

With this in mind, I can clearly see why car enthusiasts hate what the future of automobiles looks like.

BYD E6 Review: Enough battery range to get from Harare to BYO?

Petrol vs Diesel vs Hybrid vs Electric. Buying pre-owned cars in Zimbabwe EP1

Hybrid cars are a scam

2 thoughts on “Remember the Mercedes G Wagon that went too fast in reverse because they ‘forgot’ to code in speed limiters?”