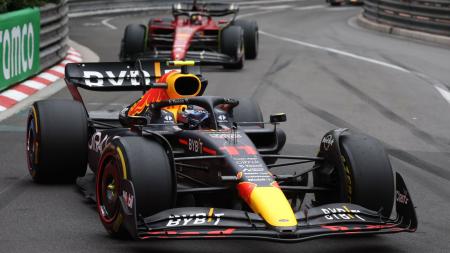 It was just a matter of time wasn’t it until Netflix went for live sports. According to a report by Business Insider, the world’s biggest streaming service is looking to add the Formula 1 Championship to its slate of programming. Netflix isn’t the only media company that has thrown its hat in the ring, Disney-owned ESPN+, NBCUniversal and Amazon are all vying for the rights to stream F1.

According to Insider’s sources, ESPN was the only company other four that confirmed their interest in the screening rights. An opening bid of US$70 million was reportedly tabled but F1 is looking for a fee of around US$100 million.

Route 1 plan for Netflix, they are already in the game…

This isn’t all too surprising because Netflix has done really well with the F1 Drive to Survive series which, for pure entertainment value, is pretty good. However, the show hasn’t hit all the right notes with some fans and drivers. If you watched the latest season, you’d have seen the absence of Formula 1 World Champion Max Verstappen who said the show “faked a few rivalries which they don’t really exist“. This took a lot away from what transpired at the end of the last season because we didn’t get to hear Verstappen’s thoughts on the controversial finale to the 2021 season.

Making the transition from a dramatized docuseries to showing the actual F1 season makes a lot of sense for Netflix because Formula 1 is said to be the fastest-growing sport, particularly in the United States which is a key market for all streaming services. Formula 1 fans will know of the recent introduction of the Miami GP for the 2022 season and in 2023 we will see the Las Vegas GP which will bring the United States’ complement of races go to three (with Austin).

This sets up a festival of racing in the U.S. that everyone will want to be part of from advertisers, sponsors and media companies. On Netflix’s side of things, this isn’t revelation even new because last year the company’s CEO said they were mulling over the chance to bid for the rights.

“A few years ago, the rights to Formula 1 were sold. At that time, we were not among the bidders today; we would think about it.”

There is so much money and subscribers to be gained with F1 and Netflix knows it… The only thing holding them back right now might be that they don’t have anyone experienced in sports programming and the politics that goes on there. However, it should be noted that Netflix has been bold with its decisions in the past and if they are serious then they will get the personnel to make this work.

From this point onwards I am speaking as a selfish African who doesn’t want to pay for multiple streaming services to get all the content he enjoys. If Netflix can get the rights to F1, then I sincerely hope they push for English Premier League (EPL) and the UEFA Champions League in the near future or when the rights become available for bidding.

I cut the cord years ago but I haven’t been totally satisfied with Showmax’s (and Multichoice as a whole) South Africa first stance with anything cool like the UCL. I would really like to see someone bigger give them a proper run for their money on the continent and I think whichever streaming service can get Africa live sport they will make everyone make the call to push for the internet (which you can do other things with on top of watch TV) over a decoder that is just there for watching one service.

The notion of live sport on streaming services isn’t even a crazy one because Disney+’s streaming service in India (Hotstar) gives fans live sports including the popular Indian Premier League (IPL), which has made it a nightmare for Netflix and others in the country. As with cricket in India, there are more people that watch EPL and other leagues than F1, so it makes sense that they explore this if it at all possible…

If Netflix, Amazon and others push for F1, EPL and other live sports in Africa, the folks over at Multichoice will have to rethink some of their strategies.

3 thoughts on “Netflix, Amazon & ESPN+ fighting for F1 rights. Great and all but EPL is life…”