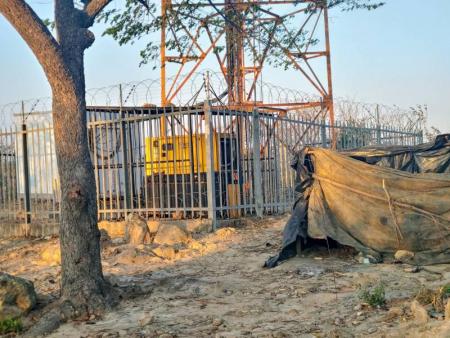 Recently we went through Econet’s financial statements for the year ended February 2022. We gleaned what we could from that but unfortunately for us, we don’t get to see their competition, NetOne and Telecel’s financials.

The best we get are the sector performance reports from the Postal and Telecommunications Regulatory Authority of Zimbabwe (POTRAZ). That’s the only way we can peek behind the curtain and see how the sausage is made at NetOne and Telecel.

We don’t have the full report yet but POTRAZ has shared the key trends observed in the first quarter of 2022.

Decline in internet and data usage

There was a significant 14.9 % decline in mobile data usage from Q4 2021 to Q1 2022. POTRAZ says this is probably due to the economy opening up and virtual meetings decreasing in frequency.

That may be the case but the extended periods of above normal data usage no doubt accelerated many people’s data usage journeys. So, even though there was a decline in usage, I imagine the usage is still higher than it would have been had there never been lockdowns.

That said, I think the decline would have been worse had service providers been allowed to increase their prices like they wanted to.

On the other hand, our usage is severely restricted by the speeds we get. Most of us, in most areas are not getting good internet speeds, getting 2G speeds even on LTE connections.

I’ve been on the move these past few weeks and can confirm that the situation is dire. I kid you not but at one place I couldn’t even load webpages on a fibre connection.

When one’s data expires before they use it up only because of low speeds, they are likely to get and use less data or to hold back on purchasing more altogether.

Then there is the matter of the prevailing tough economic conditions. We are struggling and are adjusting down the amount of data we use.

The tough economic conditions then go further and deprive telecommunications service providers of forex needed to improve or even maintain their networks. Resulting in terrible customer experiences, making the problem worse.

So, I don’t think the decline in internet and data usage is a simple matter of less virtual meetings being held.

However, it is refreshing to see that in terms of capacity, Zimbabwe is poised to handle any future data demand bumps. Used international incoming bandwidth increased by 12.3% in the quarter in question.

You can read Why is internet so expensive in Zimbabwe? to find out more about what an increase in bandwidth means. It’s only a shame that the increased capacity did not lead to better performance at the end point for you and me.

There is more to the performance we experience than just bandwidth. However, we can count on bandwidth not being a bottleneck going forward, even though our 219,232 Mbps doesn’t look futureproof.

Only the fixed telephone network saw revenues rise at a higher rate than operating costs in Q1 2022. Here, revenues grew by 18.5% whilst costs grew by 8.5%.

The postal and courier sector’s revenues increased by 38.1% whilst costs grew by 46%. That’s quarter on quarter costs growing by 50%. Crazy.

If you’re in Zimbabwe you already know what’s up. Economists tell us that inflation is akin to tax, and Zimbabwe has both high taxes and hyperinflation. This means the revenue increases we saw above were merely paper increases. In real terms, they lost revenue.

Then the costs. For the mobile network operators there is the jump in operating costs that power cuts bring about. It’s significantly more expensive to power base stations using diesel power than the national grid.

Telone is affected by power costs but not as much as mobile network operators are. Telone doesn’t have as many base stations to power using diesel power.

IAPs on the other hand likely saw bandwidth costs skyrocket with the collapse of the ZW$. Bandwidth has to be paid for using foreign currency and yet the foreign currency shortage persists. It doesn’t help that these IAPs are mostly paid in the collapsing ZW$ too.

Some people always quip that these companies have access to the forex auction and so are not at a disadvantage when they get their revenue in ZW$. That’s partly true, they only get a fraction of what they need there.

Now, even POTRAZ is calling on the monetary authorities to prioritise the ICT sector when doling out cheap forex at the auction.

All the players need forex to upgrade their networks and unfortunately even to get spare parts just to maintain said networks. Not getting the required forex means fewer upgrades and sub-optimal maintenance schedules.

Or it could mean higher costs when said parts are sourced locally from suppliers that got the USD to purchase the parts on the black market. This is more expensive. These local suppliers have to factor in the premium they paid for the USD.

Add to this the credit crunch and the average person’s disposable income decreasing by the day and you can see how telcos are failing to keep up with rising operating costs.

An intervention is needed

The telcos are bleeding and are not happy with the situation as it stands. Costs are outpacing revenue and the final price that consumers pay is controlled meaning there is a hard cap on revenue in the whole chain.

Networks are degrading and maintenance is proving to be impossible/expensive. Don’t even mention actual upgrades. We saw how Econet is only investing 5% of revenue in infrastructure, against a regional average of 15%.

The consumers are even angrier. With each passing day they are less able to afford data and internet services. Yet, even when they part with their hard earned money, they get a terrible experience.

The lack of investment by telcos, however justified, is affecting the funders of the whole scheme – the average internet users. We feel we are paying more and getting less.

Zimbabwe finds itself in a situation where both buyers and sellers are unhappy. The only entity scoring big is the government and yet it’s the one that’s supposed to fix the mess.

Here is the full sector report summary by the POTRAZ deputy general.

Does Econet’s 1130% profit increase even mean anything? Benefiting from relatively low tariffs?

NetOne botched their system upgrade, some users’ data disappearing, others getting free data