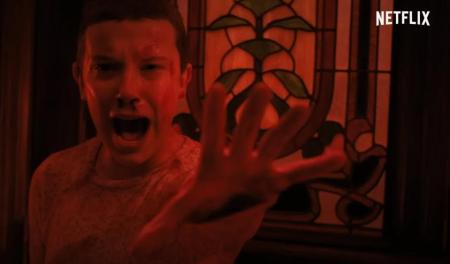 Stranger Things is now the most popular English language Netflix series according to a report by the Hollywood Reporter. The show which had its finale over the weekend wracked up 1.15 billion hours of view time in its first 28 days on the platform. This puts it second to the hit Korean show Squid Game, which is the only other show to attract more than a billion watch hours (1.65 billion hours in the first 28 days).

All of this isn’t all too surprising because Stranger Things is one of the better Netflix Originals. The world’s biggest streaming service hasn’t really done well with its own shows, many of them are pretty forgettable aside from the excellent (in my opinion) Castlevania, Ozark, The Witcher, Mindhunters, Narcos and The Queen’s Gambit.

Stranger Things hit the nostalgia bug for the 80s and 90s babies about a world of adventure without the internet. Moreover, season 4 was pretty good, particularly the finale which was basically a movie with a run time of 140 minutes and left very little unsaid.

But it is yet to be seen if Stranger Things can reverse the 200,000 subscriber loss that Netflix suffered in the first quarter of this year. But with the show being so close to Squid Game, it’s probably likely that it might have had a similar (but diminished) impact on Netflix’s subscriber count.

2 thoughts on “Stranger Things season 4 wracked up 1 billion watch hours, could it save Netflix’s subscriber slump?”