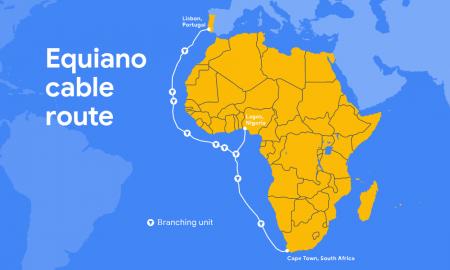 Earlier this year we talked about Google’s Equiano cable landing in Africa. The first country to be connected was Togo back in March. This subsea cable of theirs should lead to lower internet costs and faster speeds in some African countries in Africa.

You can read about the cable here: Google subsea cable lands in Africa, to improve internet speeds and lower costs

The update is that the cable landed in Cape Town, South Africa on the 8th of August. The West Indian Ocean Cable Company (WIOCC) which has some kind of partnership with Google on the Equiano cable is quoted saying:

Its commitment to delivering a portfolio of wholesale services, based on strategic investment in subsea and terrestrial digital infrastructure, has been further demonstrated with the arrival in South Africa, on 8 August 2022, of Google’s Equiano cable.

WIOCC, as quoted by TechAfricaNEWS

Having invested multiple billions of rand to enhance our 16Tbps-ready, Optical Transport Network-enabled national hyperscale network infrastructure, we are extremely well positioned to provide businesses with access to fully upgradeable, quickly and easily scalable capacity throughout South Africa and into neighbouring countries, over one of the most future-proof networks in the country.

WIOCC CEO as quoted by TechAfricaNEWS

This should benefit not just South Africa but the rest of the region too. The 144Tbps, 12 fibre pair Equiano cable should lead to “more scalable capacity, greater diversity and improved cost efficiencies” for cloud operators, content providers, fixed and mobile telcos, ISPs and other operators in the region.

When we last talked about this subsea cable you guys were skeptical it would lead to lower internet costs in Zimbabwe. Most think our problems are more on the policy side than the infrastructure one. If that’s the case, the Equiano won’t solve that or the ISP greed most think exists.

Fun fact: WIOCC is jointly owned by 14 African telecom operators, including our very own TelOne.

Why is internet so expensive in Zimbabwe?

How do Zim mobile data prices compare to other countries in the region? Not too bad