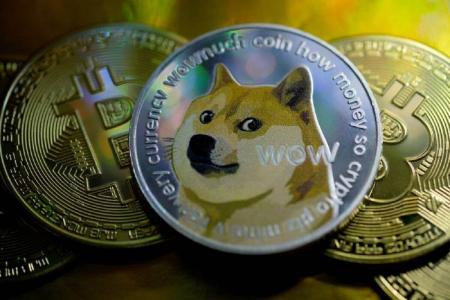 The Zimbabwean government is considering adopting a central bank digital currency (CBDC). The Reserve Bank of Zimbabwe (RBZ) has been researching this for a while now. If you thought they were joking you might want to think again.

In the Mid-Term Monetary Policy Statement released on the 11th of August, the RBZ updated us on the progress that’s been made so far.

The RBZ has “conducted study tours to countries that are advanced in CBDC endeavours and has developed a roadmap for adoption of CBDC in Zimbabwe.”

They sound serious. So, you might want to familiarise yourself with what CBDCs are all about. They are not a trivial issue, they will affect you personally, whether you like it or not. More so than the gold coins that were introduced late last month.

The gold coins are having their impact on the economy but you’re probably not involved in all that. You won’t be able to check out of using CBDCs.

Read this to understand what CBDCs are: Zim govt looking at central bank digital currency, what is that and why won’t it fix our problems

Now that we all have an idea what CBDCs are, let us look at where the RBZ is in the process of introducing them.

The RBZ has developed a consultation paper on CBDCs and will be releasing it soon. In Zimbabwe we are accustomed to world shattering announcements being made Nicodemously. Statutory Instruments usually come with no warning.

When it comes to CBDCs we are thankful that the whole process has been transparent. We know they are coming and now we are being given the opportunity to voice our thoughts on them. Let us not waste this opportunity.

I know the cynic in you is screaming, ‘this is a waste of time, it’s just for the show, they won’t actually consider what we have to say.’ The same voice is drowning my thoughts right now. However, what do we have to lose but time? Let’s take the RBZ at its word for once and participate.

The consultation paper is aimed at fostering a broad and transparent public dialogue regarding the potential benefits and risks of CBDC. The public will have a period of 90 days from the date of release to submit their comments to the Bank.

We will do our part and make sure we help alert you when the consultation paper is released.

That’s not all. The RBZ will also be carrying out a consumer perception survey on CBDC. What? Could this be the RBZ realising that without public buy-in, even okay measures will fail?

That voice again is screaming, ‘we let them know in no uncertain terms that we didn’t want the bond notes/gold coins/[insert other contentious govt innovation], and they ignored us.’ Ye of little faith. Have you not heard that the n-th time’s the charm.

It’s better to try and be ignored than to never try. As the kids say, you miss all the shots you don’t make. So let’s shoot our shot my fellow Zimbos. Participating in a survey should not be too difficult to do.

We shall make sure to tell you when the survey work starts.

The central bank says it will use findings from both the consultations and the survey to craft pilot programmes related to CBDC. If all goes to plan the people’s voice will help shape everything up.

There are those among us that understand the CBDC and blockchain world and we need you to step up.

19 thoughts on “The RBZ invites dialogue on coming digital currency (CBDC), you have to be a part of this”