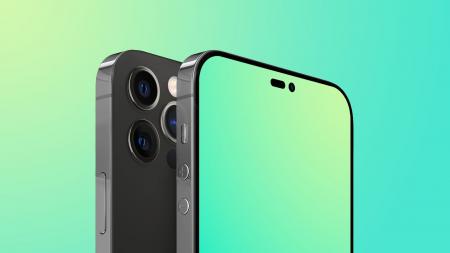 We recently saw the launch of the Galaxy Z Fold 4, Z Flip 4 and Galaxy Watch 5 not so long ago and this just marks the avalanche of new product announcements in what the tech industry now calls Techtember. And the first to pull the trigger is Huawei.

Huawei will be announcing their Mate 50 series of smartphones on September 6th which will be the first generation of Huawei Mate smartphones to not come with Huawei’s own in-house Kirin processors as well as the Leica imaging partnership.

Instead, they are running Snapdragon silicon and the imaging system will use Huawei’s in-house XMAGE tech which is said to have a standalone imaging processor designed by Hisilicon instead of using the one that comes with Snapdragon CPUs.

There will also be revisions to the main camera with added aperture blades to physically control the light entering the sensor. Something we saw in the Samsung Galaxy S9+ but only here it will offer a smooth transition across a range of apertures rather than just switching between 2 on the S9+

Speaking of CPUs the Mate 50 series will be using Snapdragon 8 Gen 1 chips which are not the latest 8 Gen 1 Plus that are the latest and greatest right now. This of course is the undesirable situation Huawei is facing due to the trade ban. And to add salt to the wound, just like the Huawei P50 series, The Huawei Mate 50 series will not support 5G.

On the plus side, Huawei is rumored to be introducing a satellite phone service to the Mate 50 series which can be used for emergency text services. They will be calling it “pierce the sky upward”. The tech that is also rumored to be coming with the iPhone 14 series.

As for the rest of the features, The Mate 50 pro could bring back the notch, The displays will be OLED supporting a 120Hz refresh rate and charging will happen at 66W.

On the 7th of September the iPhone 14 series drops and really there is not much available in terms of what it will have but this is what we have so far.

We could be in for one big redesign of the front part of the iPhone. The classic notch-shaped cutout for all the faceID tech could evolve to a pill-shaped cutout as well as privacy indicators to show you if there is an app making use of the cameras or mic.

The iPhone SE will have its biggest redesign. Gone will be the traditional look from the iPhone 8 era and it will assume the now old design of the iPhone XR. This probably could be Apple ditching the XR and replacing it with the XR-looking SE.

The cameras will get some improvements with the biggest one being said to be on the ultrawide camera. Gone will be the 12MP sensor and in comes a 48MP unit which will employ pixel binning at a 4 to 1 ratio. So the final image will still be 12MP but with more detail thanks to the higher pixel count.

Wired charging gets a boost as well to 30W which is an improvement from the 27W on the previous gen iPhones. Not a big jump but that is the Apple way.

The iPhone 14 series will also launch with iOS 16 out of the box which will come with a host of improvements and new features as per usual. The exciting part at least for my fellow Zimbabweans is that iOS 16 will finally enable 5G for Econet subscribers who have 5G capable iPhones which are the iPhone 12 series and iPhone 13 series.

Whilst there isn’t a launch date for the Google Pixel 7 release date yet, the guys sort of leaked their own smartphone before the internet did so. But all they revealed was the design and nothing much on what’s inside.

They redesigned the daft punk-looking visor which I loved a lot and replaced it with a chunkier metal-looking band with cutouts for the cameras. The Pixel 7 will be smaller than the Pixel 6 whilst the Pixel 7 Pro will be about the same size as the Pixel 6.

In some developer units received by Unbox Therapy, the Pixel 7 had 8GB of RAM with the Pixel 7 Pro sitting on 12GB of RAM. They will all be powered by the next generation Tensor processor which we hope will be very competitive in performance against the latest gen silicon from Snapdragon.

Android 13 is already out but we can be sure to expect some software features to make their debut on the Pixel 7 series that will make for a completely interesting package.

Time to buckle up. These will just be the first of many.