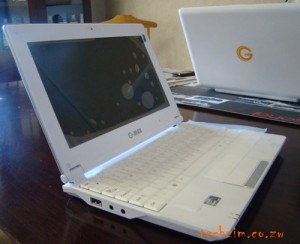 What happened was that the Parliament of Zimbabwe needed new laptops and desktops. So, they went about acquiring the machines and naturally invited suppliers to bid to supply. They proceeded to pick the best deals they could get.

Said the clerk of parliament,

List your products for free
Clerk of Parliament, Kennedy Chokuda

They went with one supplier for laptops and another for desktops. The Parliament needed 173 laptops and 79 desktop computers so the exercise was not going to be cheap.

Blinart Investments P/L got the laptop tender after offering to supply the 173 laptops for US$1,602,755.77. That translates to $9,200 per laptop. Apparently this was the best deal Parliament could get. I wonder how much those that didn’t get the tender were charging, probably well above $12,000 a pop.

On the desktop front, Mid-End Computers and Hardware won the tender to supply the 79 machines for just over $3000 each.

Outcry over the deals

There has been an outcry over these tenders. Politicians from across the political landscape are calling for heads to roll over this. It is not enough that the tenders were eventually rejected, how did they get past the first desk?

The Parly clerk says their due diligence processes indicated that the quoted prices were highly inflated. Thank goodness for those due processes. I hope the person who realised $9,200 for a laptop was ‘highly inflated’ got a raise. They saved the nation a lot of money.

Some are not convinced by the explanations we have gotten from the Parliament and the Finance ministry. Themba Mliswa, who is apparently now the chairman of the African Parliamentarians Network Against Corruption (APNAC), had one interesting observation.

The explanation by Parliament in its so-called press statement does not answer the pertinent question – why was the tender initially awarded to the two blacklisted companies on 26 August 2022 if it was cancelled on 9 August 2022, as Parliament claims in its Press Statement…

Why did the Ministry of Finance and Economic Development have to write to Parliament on 14 September 2022 blacklisting the two companies and stating that their bids are heavily inflated if Parliament had cancelled the same tender?

Themba Mliswa as quoted by NewZimbabwe

The math doesn’t add up. It is obvious that someone is trying to wiggle out of this embarrassing affair.

We still don’t know what is going to happen to the people that authorised the deal before it was exposed and cancelled. What we know is that the two companies above have been banned from any future government procurement processes.

Were we quick to cry ‘corruption?’

A maxed out 16 inch Macbook Pro will set you back $6,600. That’s $6,600 before shipping and taxes. With free shipping and 40% duty that shoots up to $9,240 before the supplier factors in their own markup. So, if Blinart was supplying maxed out Macbook Pros they are actually patriots, selling laptops to Parliament for small losses.

Of course, then we would have questions on why the Parliament was buying maxed out Macbook Pros. Either way, when $9,200 laptops are involved something stinks to high heaven.

What do you think about all this? We all know that this is but one story of the government’s procurement processes being abused. Similar shenanigans happen so often it may as well be adopted as policy. I still have not gotten over the fact that we misplaced US$15 billion at one point. Hence why I’m not surprised some ‘buyer’ tried to make a quick buck.

Should we introduce something drastic like hand amputation for anyone caught doing stuff like this? That would deter a few ‘buyers’ from approving of inflated quotations. If not the hand thing, then something else of equal deterrence quality.

Am I optimistic that anything will come from this? Honestly, no. I’m only glad we caught one and that’s all I can hope for.

PS: this article was typed on a sub-$1000 laptop. Apparently, we got the deal of the century on that purchase.

22 thoughts on “Are the $9,200 laptops that the Zim parliament almost bought really overpriced?”