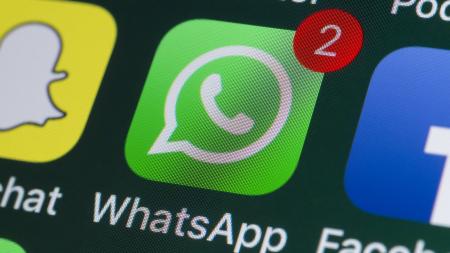 “Some people just want to watch the world burn,” said our favourite butler, Alfred. If only that was just a clever movie quote. Unfortunately, this is real life and some people get kicks out of watching people scurry and scatter. The WhatsApp doom and gloom purveyors are still at it.

There is a message circulating on WhatsApp purporting to be sharing ‘new communication rules for WhatsApp.’ You may have come across it and I hope you knew right away that it was hogwash. It is nonsense, completely made up by some joker somewhere.

Every single line of the message above is false

I gotta admit though, this is funny as heck. That’s some next level creative thinking there. Imagine getting a third blue tick that means the government taken note of your message. I can see how the person who wrote this may have thought it was just a laugh.

You could argue that there is no real victim here even if some people fall for the fakery. I mean, if one believes the above they will just become a better citizen who doesn’t send ‘wrong’ messages to anyone.

Not bad mouthing the government via a messaging app that allows the taking of screenshots is just pragmatism, ain’t it? So if the fake news above results in people doing their govt bad mouthing in person that could be a good thing.

That’s what annoys me. If that had been the message, ‘careful what you post on WhatsApp,’ that would have been a good message. The author used lies and fear to spread his message and that cannot be supported.

While it’s not true…

If you are high profile enough and the government believes they ought to know what you’re saying in your private chats, then all bets are off.

We have actually come up with a cyber-team that is constantly on social media to monitor what people send and receive since we cannot wish social media away,

A few years ago WhatsApp confirmed that the notorious Israeli spyware ‘Pegasus’ was used to snoop on over two dozen academics, lawyers, journalists and Dalit activists in India. These people were targeted and WhatsApp’s end to end encryption did not help them.

All this to say it is not outside the realm of possibility that the Zimbabwean government could have access to other such powerful spyware. That means, although the message that is circulating on WhatsApp is false, it is prudent to be careful what you say.

WhatsApp may not be recording your calls but that doesn’t mean your calls are not being recorded. Don’t fret over this though. If you’re just a nobody, in the grand scheme of things, like me, the government does not care about your chats. If you’re an activist, you best be careful out there.

Big Brother is watching: the govt’s social media prefects are back

14 thoughts on “No, your WhatsApp calls are ‘probably’ not being recorded”