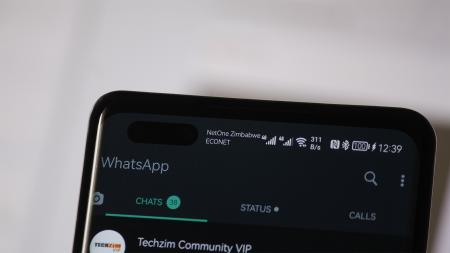 Many times someone you know is complaining about their phone just not being reliable. Calls just spontaneously drop and network connectivity just falls from 4G to 3G or even 2G without any warning.

I remember back in 2015 I bought an LG G4 and it was a 4G capable device. However, when I put my NetOne Sim in it, it could not connect to 4G even though it did with an Econet Sim.

I also had an LG G6 and it did not have wireless charging because that feature was only available on Korean models. But why is it not standard? To understand this we need to understand the bigger picture. The global picture.

For example, Google services do not work in China meaning all phones made for China will not come with stuff like the Google Play store. In developed countries with good and stable economies, there is a presence from the device manufacturer who offers backup and support but also an insight into the characteristics of each market so that the devices they will stock up in a particular market will work as advertised. But Zimbabwe is not such a market now is it?

The market is global

Some unique circumstances in Zimbabwe have made it so that not many people will buy their iPhones from Solution Center, a certified Apple reseller. Very few will buy their Xiaomi and Redmi smartphones from Mi Store Zimbabwe, a certified Xiaomi and Redmi reseller. This is because a majority of Zimbabweans buy second-hand devices and a majority of these second-hand devices are imported from anywhere in the world.

The same goes for a majority of Zimbabweans buying brand-new smartphones. They too are buying them from malls in town where the sellers source them from wherever they can get them at the cheapest price. Because the Zimbabwean market is a serious price-sensitive market, the only question we ask is is this the cheapest price I can get for this phone? But cheap is expensive. Let me show you something.

Here is what the Global Redmi Note 11 Pro has that the China version doesn’t.

And this is what the Chinese version has that the global version does not.

Yes, the global version might be a bit cheaper than the Chinese version but look at how much more features are available on the Chinese version. Features that you won’t get via a software update. It almost looks like 2 different phones just reading the spec sheet and yet they are both called Xiaomi Redmi Note 11 Pro.

Both versions may or may not have NFC depending on the region they are being sold in. And India is one of the regions where NFC is excluded from smartphones in case you were wondering.

If you notice the pattern, a majority of the differences you will find with these smartphones have to do with mobile network connectivity. Which is a big pain point for a lot of Zimbabweans. Their smartphones are just not good at maintaining a stable connection with the network and one of the issues is most of the smartphones Zimbabweans are using are not designed to operate efficiently in this region.

What’s the easiest way of ensuring my phone won’t give me problems?

It’s so sad that in Zimbabwe smartphone manufacturers no longer have a direct presence apart from Tecno, Itel, and Infinix. So for the global brands, we have to rely on certified resellers which are:

These are the brands that will give you the least amount of issues here and if they do the stores have a direct link to the manufacturer so backup is available. But this peace of mind will not come cheap so these shops are also not always going to be offering the lowest price. However, if you consider that you are getting a more reliable communicating tool and that reliability is of paramount importance to you then you will know cheap is expensive. For those who are risk-averse, these establishments are a very good place to start.

But to be fair. The quality of Zim mobile networks has deteriorated.

Back in 2017, I was running speed tests getting 72Mbps download speeds on NetOne and 53Mbps download speeds on Econet. These days the average is 20 to 30Mbps at best. On the day I was researching for this piece I was on a GSM call and the connection was so bad we ended up switching to WhatsApp call which had much better call quality.

For quite some time now Zimbabwe’s smartphone space has been dominated by imports from places like China, Dubai, and South Africa, but were still performing reasonably well with good compatibility with Zimbabwean networks. So it might be unfair to put all the blame on our imported smartphones.

What it looks like is it’s a bit of a perfect storm. A combination of deteriorated network infrastructure and a majority of smartphones not designed for this region making their way into our borders. But one problem is easier to control than the other. And that is just getting a device made for this region.