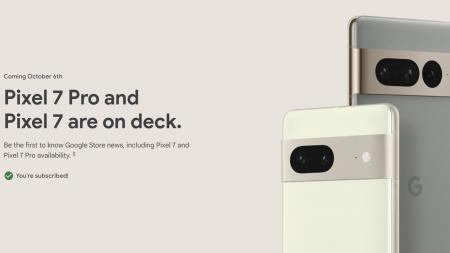 Google is officially launching the Pixel 7 series of smartphones, the successor to the very appealing Pixel 6 range launched last year. The funny thing is they already ‘leaked’ the phone’s design some months ago before the internet did it for them. But they did not include the specs and features.

The specs did leak yesterday, giving us a clear picture of what is inside the smartphones. The highlights are as follows:

Where to watch the livestream

The launch event itself will be on YouTube and you can click here to watch the stream or watch it below.

Google’s strong suit is software so even though we may have all the hardware specs, the software features Google will potentially be announcing in the launch with definitely be the highlight. As was with the Pixel 6 and live captions on any audio as well as live transcribing of recorded audio.

They will also be announcing the features coming with the Pixel Watch and a couple of other #MadeByGoogle products that we may not have had the privilege to check out in leaks.

7 thoughts on “Google Pixel 7 livestream. How to watch it”