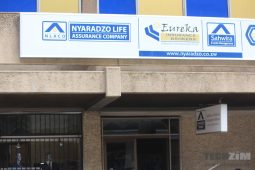 There’s been a lot of chatter about how funeral assurance services like Nyaradzo‘s are a scam on social media. I totally get where that sentiment is coming from. Let us talk about it.

One of the main arguments against funeral policies was laid out in the form of an example thus:

We can even add that the insurer is up way more than $6600 after all is said and done. When you pay your premiums, Nyaradzo doesn’t lock that cash up in a vault or put it under a mattress in the CEO’s bedroom, they invest it.

They combine your premiums and mine and invest in whatever makes sense and they are good at it. They grow that cash massively. So, on just your lifetime premiums of $7400, they would have made much more in return.

The argument is too simplistic though

Yes, it costs the insurer less to bury you than you contributed but that’s not the full story.

The premiums vs payout figures

First, let’s go over the example given. At Nyaradzo, the cheapest policy that will provide transport, both for the body and mourners and a casket, costs around $6.99. So, the example above assumes a policy that has 3 dependants. That means for the individual, the premiums after 30 years would be $2516.40.

That’s still less than what it will cost Nyaradzao to bury you though.

On the payouts Nyaradzo makes, the example did not mention that the policy also comes with a $200 grocery allowance. So, we can add that to the ‘$800 to bury you’ that had been calculated. Making for a payout of $1000 after premiums of $2516.40. Still good business for Nyaradzo but nowhere near the differential given in the example above.

The casket figure of $300 sounds about right and the $500 fuel amount is actually generous. If we work with a 30l per 100km efficiency, Nyaradzo won’t use anywhere close to $500 in fuel. However, once we factor in maintenance, staff costs etc, we can leave the $500 figure be.

Then there is the assumption that you are somehow guaranteed 30 years on earth. The example above paints the best-case scenario for Nyaradzo where customers pay up faithfully and live into their 100s. That’s not quite how it works in practice.

Life expectancy in Zimbabwe is now a respectable 62 years. Some exceed that and some don’t get anywhere close. So Nyaradzo will also have customers for whom the math works out like this:

You will have noted that with premiums of $6.99 per person per month, Nyaradzo will need a person to pay their premiums faithfully for 12 years before they can say premiums collected exceed the cost to bury.

That’s okay though because that’s how it all works. Insurance is like an emergency pot that many people contribute to and payouts are made according to need. Some will put in way more than they get back whilst some will get way more than they put in.

Insurance is the most communist thing there is in capitalist societies. However, you can clearly see that seeing as we are not guaranteed tomorrow, knowing that if you die within 12 years of contributing to a policy, Nyaradzo will top up your ‘burial savings’ is actually not as bad as the example above made it seem.

When you first join a policy, Nyaradzo will only honour the policy after 3 months of contributing premiums. For some reason, there is an argument that this is unfair. I don’t get that argument at all.

Are we saying when I join that policy, after contributing just $6.99 in 1 month, Nyaradzo should be compelled to give me a $1000 burial?

We are saying that even with the 3-month waiting period, Nyaradzo would only have received less than $21 from you if you die then. They will still have to bury you for $1000. I know they are good at investing but they would not have grown that $21 into $1000 in three months.

It’s a horrible deal for Nyaradzo but it works out because there would be another customer in year 18 of contributing who is still as strong as an ox somewhere.

So, I can’t get myself to hate the 3 month waiting period. I get it.

The issue of lapsing of policies

The main issue that was raised is that of Nyaradzo policies lapsing if a customer does not pay their premiums for 3 straight months. That is true, that’s how insurance companies operate.

For many policies, it doesn’t matter how long you would have contributed premiums, if you miss your payments for 3 months the policy will be set aside. It will not be honoured.

They say if you miss payments you can have it renewed but you will be subjected to a 3-month waiting period again.

Let’s say you’re in year 14 of contributing and you fall upon some hard times and fail to honour your premium payments for 4 months. If, God forbid, something happened then, Nyaradzo will kick you out of their building emptyhanded.

I cannot get behind this. I understand that if there is no penalty for missing premium payments then people would miss payments like nobody’s business. However, does the penalty have to be the lapsing of the policy for 3 months?

A possible but problematic solution

My solution would be to say, if someone has contributed faithfully for a certain period, their policy should never lapse. They should instead get a chance to pay up their premium arrears, with interest of course. Even if a death has happened, the policyholder should be allowed to bring their premiums up to date and then proceed to get service.

Let’s look at it from Nyaradzo’s point of view though. If people are allowed to just decide to stop paying premiums, people would join and pay for 3 months and then stop. Then if something happens, they would then show up to Nyaradzo offices and pay up the $6.99 arrears and proceed to demand a $1000 burial.

However, what if we said one would have to have contributed for at least 3 years to get that benefit? Or 9, or 12? Would that work? I don’t know.

It is not a good argument to say that once one’s premiums have exceeded the payout they will receive they should be allowed to stop paying premiums and still be entitled to a payout.

If we made that argument then we would be forced to say no one should get a payout until their premiums exceed the payout they will get. And as we saw, at $6.99 per month, that would take 12 years. The 3 month waiting period after the lapsing of a policy doesn’t sound as bad now, right?

But I still hate it.

Policies like these allow you to get service for which you contributed little in the first years of joining. Should you not need a payout in those first few years, you will eventually pay more than you will get back.

However, you just have to look at the surplus of premiums over payouts as the price for the peace of mind you had before year 12 in our case. Because before year 12 you knew you would get service exceeding what you contributed.

Regarding this whole discussion, Nyaradzo put out a statement that was, to be kind, terrible. They essentially just said funeral assurance policies have helped people for generations so we can’t question how they are set up.

I think we have every right to discuss the policies as presently constructed and see if we cannot improve on them. The issue of lapsing policies is a serious one. For some reason, people who have contributed faithfully for years will get deaths in the family in just the 4th month of missing payments.

I think the Insurance and Pensions Commission should sit down with the insurance companies and see if they can’t find a solution to that problem. We can’t just say, well it’s on them for not paying their premiums. And we can’t tell the insurers to honour all policies, even those that have been neglected for years.

The bright minds over there should be able to come up with something that works.

Not changing car ownership will mean no insurance payout

27 thoughts on “Is Nyaradzo running a funeral assurance scam as has been claimed on social media?”