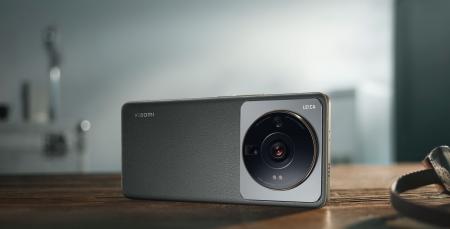 Xiaomi announced their concept, the 12s Ultra, with the highlight being their partnership with Leica. Outside of professional camera circles, Leica’s popularity was brought about by its collaboration with Huawei for the camera system. That partnership has since ended thanks to a lack of Google services destroying sales of Huawei devices globally. So Xiaomi came to the rescue and the Xiaomi 12s Ultra concept is a very compelling concept.

A smartphone camera 5 years ahead of its time

Cameras have been a pivotal part of smartphones and over the past decade, a lot of things have happened. In 2012, Nokia unleashed its 5-year long project in the form of the Nokia 808 Pureview. A smartphone with a 41MP camera at a time when 13MP sensors were considered cutting edge. And for 5 years after that, the rest of the industry was using this camera as a benchmark.

In it were technologies like lossless digital zoom, pixel binning, and oversampling, technologies that at the time were only found in flagship-grade photography cameras. The physical size of the sensor itself was the largest ever fitted to a smartphone and because of its sheer size, it had one substantial camera bump.

This quickly became undesirable as the push for smartphone design went towards sleek, slim, and compact designs. The engineering problem now is that the more thin and compact you make a phone, the less space there is for powerful hardware. And with camera hardware, you cannot run away from having physically large elements when powerful imaging chops are required. You need a large sensor to capture sufficient light and gather good image data at the sensor level before processing comes into play.

The impossible made possible

In 2019, Huawei introduced the P30 Pro which had the largest sensor ever fitted in a smartphone. Physically larger than the one in the Nokia even though it had a lower pixel count. I will point out that pixel count does not equate to better overall photos but rather the quality per pixel and the subsequent image processing is what give you the best results.

The larger sensor on the P30 Pro meant it had the ability to gather a lot more light in photos making life easier for the image processing to do its job without too much strain. And it did, and probably still does take some of the best-looking photos day and night. However, it also kicked things off the camera zoom race. It was capable of providing a 5x optical zoom. Meaning they fitted inside this phone some physical lenses with a magnification of up to 5x.

So many give and takes. So many compromises

Whilst this was one amazing feat given the complexities behind fitting all that hardware in such a slim smartphone, it’s not a perfect way of delivering some zoom. Firstly, the zoom lens uses an inferior-quality imaging sensor which does not deliver images of the same brilliant quality as the main sensor. Photos taken with the zoom camera have less vibrant color, are not as sharp and generally look bland compared to those from the main camera.

The second issue is that the P30 Pro and other smartphone cameras making use of this periscope implementation have a fixed zoom or fixed focal length. This then limits the number of scenarios you can use the zoom because in most cases it’s zooming in too close or too far for it to be of any use.

Very recently, the Sony Xperia 1 IV added continuous zoom to their telephoto lens from 3.5x to 5.2x which brings a whole lot of utility when fine-tuning your zoom. It’s brilliant. But they did not address the issue of image quality because it still uses a less superior quality imaging sensor to the one used on the main lens. Xiaomi’s 12s Ultra concept wants to bring in a very fresh solution to that problem which I like a lot.

Just slap a DSLR lens on it!

So when the Xiaomi 12s Ultra was launched it carried some big camera numbers. A 1-inch sensor, (The same physical size as sensors in professional cameras), 50MP meaning huge, quality pixels, a Leica collab that they snubbed Huawei, and a very substantial camera circle that actually looks like a DSLR lens.

Since Leica already makes some really good and REALLY EXPENSIVE cameras, Xiaomi thought, what if they make a Leica lens-compatible attachment on their camera ring so that you can use the main camera of the smartphone for everything? A portrait shot gets a portrait lens. A zoom shot gets a telephoto lens and so forth.

It won’t matter which scenario of photo or video you are taking. You will be using the best lens on the smartphone every time. And I see the utility of this as I used to use binoculars as a telephoto lens with my phone when I was out in the wild taking photos of wildlife. You got the zoom and the best image quality.

Is this the right approach?

Glass is pricier than bodies

All camera nerds reading this will know that glass is more expensive than the body. What this means is that when you get a professional camera like a DSLR or a mirrorless camera, the body is not that expensive. The lenses however are a whole different story. This is because image processing on these cameras is not as sophisticated as that on smartphones. To get the best possible image you have to have a very good lens and a very good lens is expensive.

Having less sophisticated image processing is by design. Professional photographers have different tastes and looks they seek when taking photos. So they prefer to have just the bare minimum image processing for the sake of more creative freedom during the shoot and in post-production.

Not all of us are pros

But there is a demography consisting of enthusiasts. Enthusiasts who either cannot afford a DSLR or do not have the skill to get the most out of such cameras. A demography that is overwhelmed by the sheer number of buttons and adjustments involved with professional cameras. I know we will keep an eye on this concept.

Versatility and ease of use over bells and whistles

Another reason why this Xiaomi would be appealing is its versatility and ease of use. It’s versatile because when you want to use it as a phone you can. It will maintain its sleek and compact design and work as well as any other flagship. When you need it to be a serious photography tool you just pull out a lens and attach it to the back camera and you have a camera system closer to a professional camera than it is to a good smartphone camera.

And when it comes to ease of use we look at workflow. You can have really professional-looking photos for social media without involving a computer for file transfer. It’s convenient for editing as well. The Xiaomi 12s Ultra can shoot RAW images which you can quickly import into Lightroom or Snapseed on the same device. And when editing is done you can use this same device to share the files. Essentially the workflow just becomes more streamlined.

The Xiaomi 12s Ultra. A concept I hope makes it to market

With the Xiaomi 12s Ultra, this is probably as good as the best of both worlds can get. Not only is it quality zoom because of it making use of the superior main camera, but also you get to use quality glass too in the form of the lens attachments. And I also think it is the best use of that frankly massive 1-inch sensor. It’s doing justice to the hardware.

Sony made a special edition, a camera-focused smartphone called the Xperia Pro-i and it was the first smartphone with a 1-inch sensor. But I feel it was wasted because that is where they ended. Xiaomi with the 12s Ultra will definitely make a much better case for it having that 1-inch sensor largely because of this lens attachment. Whilst it won’t result in an explosion of Xiaomi smartphone sales, it surely will make us enthusiast shutterbugs VERY happy.