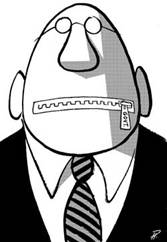 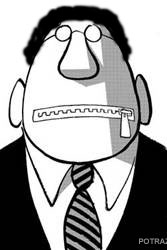 Exactly a month ago, Telecel Zimbabwe announced some very convenient web and phone based mobile line registration methods. We commended Telecel for the easy registration method. We were also quick to say this probably went against the registration rules because the methods do not require proof of residence and identification documents to be submitted to Telecel.

We wrote to Telecel asking them about this and posted their response the next day. You can read it here. The response basically says you don’t need those documents to register a line arguing that:

Were production of proof of identity and residence to be made a new condition of registration, the networks would have to scrap their existing databases and re-register those who had already registered.

Seeking to get some clarification we contacted POTRAZ, the Zim telecoms regulator. First it was by phone. All the people we spoke to at POTRAZ told us they could not respond to the question referring us to higher authority.

Eventually our call were forwarded to the Director General’s office. Our question was straightforward one: Are the Telecel registration methods valid? Were told they couldn’t say but that if we put our question in writing, they would respond.

We did. They did not

We called them to follow up and got told that our email was never received. We sent another one. No response. We sent yet another one just in case. And a fourth one on 6 August. We called them again and this time we were told the email had been received and that the Director General would respond within three days.

A few days ago we sent a follow-up email. No response. We called and were told everyone we wanted to speak to was either out of the office or on leave.

Our guess is that maybe the regulator doesn’t want to respond.

Maybe proof of residence and identification documents are not a requirement at all. Or if they are, maybe the regulator senses such registration requirements are unrealistic.

The strange thing is that Zimbabwe’s biggest mobile operator, Econet, is requesting these documents for all mobile line registrations.

We will keep on chasing the POTRAZ director this week. It’s a few days before the deadline (31 August) for mobile line registrations expires. It’ll be interesting to get this long overdue “official” position.

One thought on “POTRAZ Silent on Telecel’s Registration Methods Validity”