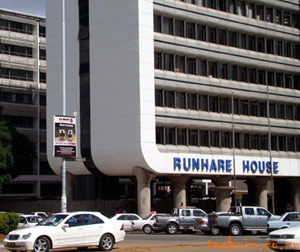 The Postal and Telecommunications Regulatory Authority of Zimbabwe (POTRAZ) has revealed through Zimbabwe’s state owned daily, the Herald, that it granted TelOne a GSM mobile phone license late last year.

TelOne is Zimbabwe’s only fixed line operator and is owned by the government. TelOne becomes the country’s fourth mobile operator. The other three are Econet, Telecel and the state owned mobile operator, NetOne.

So far, it is not clear what the government’s strategy is in owning a second mobile operator when the existing one (NetOne) is visibly struggling to play in a field dominated by mobile giant Econet. Econet accounts for more than 65% of the total mobile subscribers in the country and is facing growing competition from its closest competitor, Telecel, the second largest mobile operator by subscriber numbers.

It could be the government is looking to draw in more telecoms investment in the country by attracting foreign investors to buy a stake in TelOne. Just last week, NetOne Managing Director Mr. Reward Kangai confirmed at the Euromoney Zimbabwe Investment Conference that NetOne was close to signing a deal for a 49% stake acquisition by South Africa’s MTN.

POTRAZ deputy director-general Mr. Alfred Marisa admitted that POTRAZ is aware that TelOne is not ready to launch mobile network any time soon due to financial constraints. POTRAZ has apparently been deliberately lenient with TelOne by not giving it a fixed timeline to roll out services.