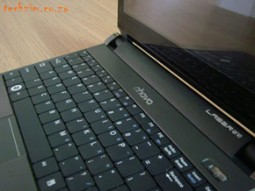 When we wrote an article about G-Mobile launching a range ‘local computers’ last year, we mentioned the controversial issue of local companies (Nhava & G-Mobile) possibly buying unbranded computers, getting them branded with their company name and selling them locally as locally made computers. We asked the readers for their opinions on the matter and reactions ranged from “low price is all that matters” to “Guys adding a sticker to a clone made in china is not true innovation.”

Today, a local daily newspaper, NewsDay, carried an article titled “Scandal dogs Nhava Global” where the writer, a colleague of ours, uncovers how Nhava is duping the nation by claiming they (Nhava) actually manufacture the low priced gadgets. What’s more, Nhava hasn’t been delivering laptops to civil servants that have paid upfront for the gadgets. One civil servant mentioned in the article got his money refunded (with no interest) after six months, when he threatened to report the matter to the police.

Misleading the market into believing you manufacture a product that you clearly do not, is deception and criminal. Nhava Global certainly does not manufacture any computers.

But the line gets thin. The wildly successful G-Tide mobile phones for example have become a household name in Zim selling phones that look like BlackBerrys, Nokias, Samsungs and iPhones. In fact, some of the phones have the traditional Nokia ring tone resulting in a phone that looks like a Nokia, feels like a Nokia and sounds like a Nokia but is not a Nokia. Some models are even branded with a slight misspelling of the original name. “Nokla” for example. Surely, misleading a buyer into thinking they’re shelling their hard earned dollars for a genuine Nokia is wrong, right? Criminal?

It gets even thinner. As “fake” as these mobile phones are, I have had numerous people respond to my “do you know this phone is fake?” question with something along the lines of “Look, I know it’s not a BlackBerry. I cannot afford a BlackBerry. I bought this phone at $60 and it can do all the fancy stuff I want it to do; Internet, messaging and the like. It even has TV and very loud speakers for radio & mp3, features I want but the genuine BlackBerry lacks.”

Nhava and G-Mobile are hardly alone in this low cost Asian gadgets business. There’s Zivo as well in Avondale, Harare. And we’re sure there is a couple more out there.

Just to be clear, we don’t support the cloning of successful brands so you can sell yours cheap without running the cost of building your own brand. However you look at it, there’s no fairness at play here.

And if Nhava indeed claimed they manufacture computers, I guess they made their bed and will have to lie in it somehow. It would also be interesting to know if these computers run genuine copies of Microsoft Windows.

We’d love to know your opinion on these low cost unbranded PCs, misleading consumers, fake Nokias and BlackBerrys. Please share in the comments below.