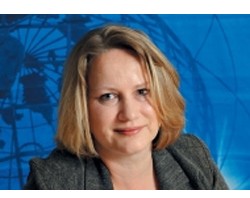 The report comes after Econet, Zimbabwe’s largest telecoms firm, released its year end financials showing solid growth and annual revenue of half a billion US dollars. Econet’s revenue in the previous period was US$362.8 million. Econet commands about 70% of Zimbabwe’s mobile telephony market by subscriber numbers with 5.5 million subscribers. Telecel and state owned NetOne account for the remaining 30% with 1.3 million and 1.1 million subscribers respectively.

The latest mobile subscriber figures from the Postal and Telecommunications Regulatory Authority of Zimbabwe (POTRAZ) show a 65.2% penetration rate. This may however be reviewed downwards as results of the just ended SIM registration exercise are compiled by the regulator.

The estimated growth, according to the Sullivan report, is expected to decline from current and the previous years’ registered phenomenal growth mainly because of the increasing saturation of the market. Future growth in the telecoms industry is predicted to occur around mobile internet and broadband provision. Econet itself has stated in its latest financials that the telecoms company is shifting its focus to network optimization, data services and Value Added Services (VAS) going forward.

Unmet demand, initially for voice and increasingly for data services, is one of the main drivers of growth for mobile communications. The beneficiaries of the growth, the report says, will be both the mobile operators and internet access providers. “As 3G networks expand, mobile operators compete more directly with Internet access providers. These, in turn, have entered the voice market, adding to competition” says Frost & Sullivan ICT Industry Analyst, Protea Hirschel.

Operators have also had to do with erratic power supply which has contributed to the low network quality and has increased the general operating costs.

“Networks offering a higher quality service with fewer dropped connections have an advantage over competitors,” explains Herschel. “As erratic power supply is a major contributor to poor network quality, decreasing reliance on grid electricity and backup diesel generators by using alternative energy, such as solar wind or hybrid powered base station designs, will result in long-term OPEX reductions. This will also help to preserve profit margins in the long-term as ARPU is expected to decline.”