MTN is a Pan African communications company that was founded in 1994 and has over 16 000 employees across the region. The company has its headquarters in Johannesburg-South Africa and is led by a Zimbabwean President and CEO; Sifiso Dabengwa. The company operates in 21 countries across the region and is the most valuable commercial brand on the continent according to a study by Brand Finance UK. The brand alone is worth $4.9 billion.

In 2010 MTN made history by becoming the first and only African company to ever sponsor a Soccer World Cup. It is also one of three African companies ranked in the top 40 Global companies (of 2009) according to a report prepared by the prestigious management consultants AT Kearney for BusinessWeek. The survey was conducted from an initial base of 2500 companies. MTN was ranked at an impressive number 7, ahead of tech stalwarts like Amazon.com (17), Oracle (31) and South America’s mobile giant, America Movil (18). 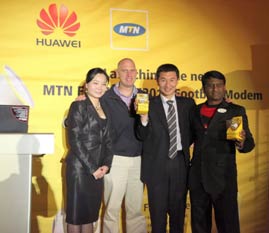 Mtn’s core operations are composed of 2nd and 3rd Generation GSM mobile networks. It also operates a satellite carrier concern, business products division and an internet services arm. Like most other African and global operators, the company has solid supplier relationships with China’s rising telecoms giants, Huawei and ZTE. Other suppliers and technical partners to the company include Starfish Mobile (Value Added Services) and Ericsson (Infrastructure).

MTN was the first company to introduce prepaid airtime (pay as you go) in the world. 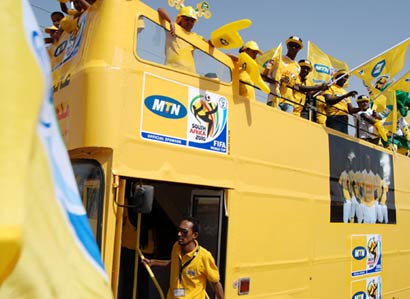 MTN’s brand success lies in the Yello Storm philosophy and its payoff line; everywhere you go. This philosophy is founded on a premise of providing world class mobile communications to all of Africa’s people without any emphasis on class, race, culture or religion. Yello storm’s goal is to ensure the availability of MTN’s network and airtime agents at every few metres of Africa’s various nations.

This marketing approach was perfected during the 2010 World Cup when the company launched its AYOBA and Africa United Campaigns. The colourful vibe of the campaigns was even felt in nations like Zimbabwe where the operator has not yet established a presence. MTN has expressed an interest in Zimbabwe’s Netone, as far as we know negotiations are still underway. The company is also a prominent backer of African sports, arts and cultural initiatives.

MTN’s brand promise is to provide quality and affordable communications to Africa and the region. 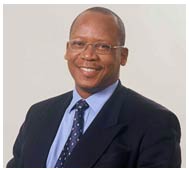 Sifiso, a Zimbabwean, became MTN’s group CEO in April 2011. Prior to this, he was MTN’s COO for 11 years and is part of the tri-factor management credited for playing a big role in the company’s success. The other two are previous CEO Phutuma Nhleko and former Chief Marketing Officer, Santie Botha. He was also MTN’s CEO in Nigeria when the company consolidated its position there.

Sifiso is a graduate of the University of Zimbabwe and holds a Bachelor of Engineering and an MBA from Wits University. According to Who’s Who Southern Africa, his stake in the company at the time of being COO was worth R204 million. Sifiso is one of many Zimbabweans highlighting the abundant human capital the nation possesses. 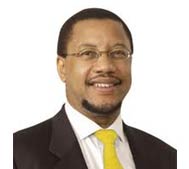 Prior to handing over the reins, Phutuma Nhleko was the CEO of MTN and played a critical role in leading the company as its chief. He also headed a consortium with BEE management equity in the company. Phutuma was recently invited to join the board of BP PLC (London) as a director. Through Worldwide African Investment Holdings he owns 20% of the rising Pan African energy firm; Engen. Other directorships include Anglo American, Nedbank Group and Old Mutual. 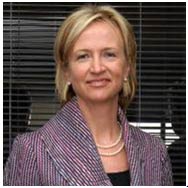 Santie, a South African, is regarded as one of the most powerful marketers in Africa. She directed the yellow storm blitz and refined the brand to a universal identity, transcending diverse markets. In an interview with CNBC Africa, Santie attributes her focus and determination as a result of persevering against the challenges of working in male dominated environments.

Santie was South Africa’s business woman of the year in 2010. She is currently the chancellor of the Nelson Mandela Metropolitan University. Perhaps the finest example of Santie’s leadership capabilities can be found in MTN’s sponsorship and marketing campaign for the 2010 World Cup. Africa United brought the whole continent together to rally behind the 6 continental teams and played a key role in making the overall event a resounding success. 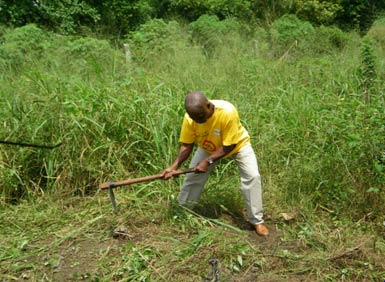 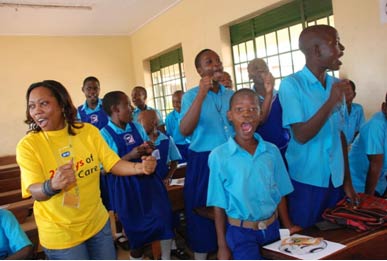 As a company rule, MTN’s subsidiaries invest 1% of after tax profit into charitable activities, this added up to a collective amount of approximately US$ 180 million during the year 2010. The company has traditionally contributed to education, health, economic empowerment and cultural activities.