The Vodacom Group is a 65% owned subsidiary of the UK based Vodafone PLC, the world’s biggest telecoms company. The group operates from its Johannesburg Headquarters and serves a market of 5 countries. It was founded in 1994 as a joint venture between Vodafone the South African Government’s fixed line operator; Telkom. The company grew to become South Africa’s leading mobile operator and expanded within the South and Central African region. 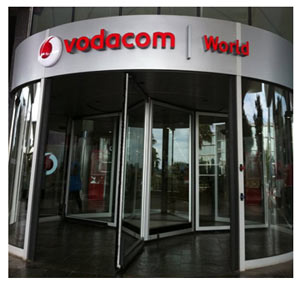 Vodacom’s core strengths lie in its relationship with Vodafone; the world’s biggest mobile operator by revenues and custodian of the most valuable brand in telecoms worldwide. Through this relationship, the company has been able to gain economies of scale where product development and marketing is concerned, getting access to group products like M-PESA and connectivity devices. It maintains a leadership position in South Africa (its home market). The operator is also a market leader in Tanzania, Lesotho (where it competes with Econet Lesotho), and Mozambique.

Vodacom recently rebranded from blue to red in line with Vodafone’s global policy of a uniform identity and to reinvent itself as a young company. The company has used this rebranding opportunity to refocus its strategy and reorganised our business by decentralising its operations around three areas:

Accordingly, it believes that it has evolved from a cool blue to a red hot persona.

Vodacom (under its Gateway Communications division) is Africa’s largest and most advanced connectivity solutions provider. It counts most key telecommunications operators on the continent among its clientele which also includes blue chip companies. The division provides satellite, wireless and fibre optic based solutions through the SEACOM, EASSy, and SAT-3 fibre optic cables-It will also connect to WACS when it is commissioned in 2012. It operates across 40 countries on the continent including Zimbabwe. 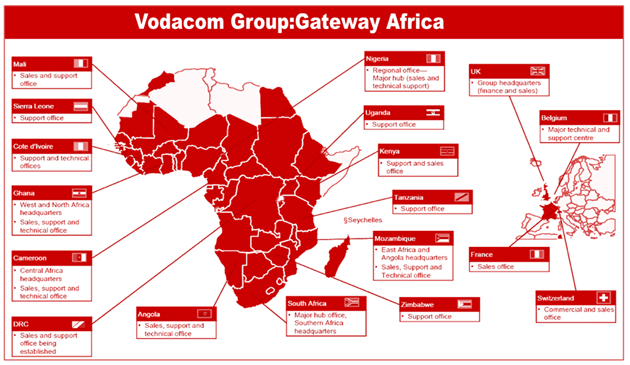 Gateway Communications is the star within the group as it enables the company to tap into Africa’s booming telecoms space without expanding its GSM footprint. The group is in a strategic position to benefit from Africa’s evolving connectivity needs as it also provides cloud based services. It is intertwined with Gateway Business Africa; the group’s soft infrastructure focused division. 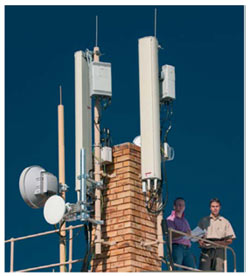 Vodacom has consistently led the way in infrastructure and technical expertise; it began as the first cellular operator in South Africa (2G) in 1994 and pioneered data services, the company has achieved the same feat in other operating markets. It not invests in technology but pays careful attention to the needs of consumers in specific markets. This is largely been possible through the critical mass availed by Vodafone. The company (through Vodafone) works with vendors like ZTE and Ericsson to deploy market specific products and infrastructure. Handsets, network and IT equipment are for the most part negotiated and bought centrally through the Vodafone Procurement Company (‘VPC’).

It collaborates with Vodafone partners in other emerging markets like Turkey and Egypt to introduce services and connectivity products that are affordable and accessible such as a R1000 Android smartphone .During the 2010/2011 financial year the company directly sold 8.7 million phones across the group with 20.6% being smartphones.

The company has a total of 8394 base stations in South Africa and 2311 in other markets. All its networks are GPRS compliant with 3G available in all territories excluding DRC. Its entire 3G infrastructure in South Africa has a theoretical capacity of reaching speeds of 14.4 Mbps, with more than half being 21.6 Mbps capable and expansion plans heading in this direction. 2000 sites are HSPA+ standards (43.2Mbps) with investments into LTE on the cards. Vodacom’s guarantee is to provide customers with at least:

Every year, Vodafone does an independent ‘test drive’ of its networks around the world. Vodacom South Africa was ranked 5th out of 70 global markets in the data download speed category. The company is working with its competitors, MTN and Neotel to build a national fibre network in South Africa and has also deployed fibre grids in Mozambique, Tanzania, DRC and Lesotho. In Mozambique, it setup a 3000 km fibre grid linking the country’s key cities. 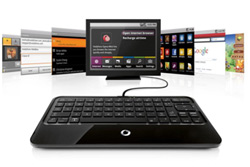 The company is leveraging on its relationship with Vodafone to introduce the revolutionary Vodafone WebBox. The Android powered WebBox was designed to get more people connected to the internet. It turns a TV set into a data device with internet access, games, email, SMS and FM Radio by just plugging in a keyboard with a built-in mobile SIM. Over 2 000 units had been sold in South Africa as of 31 March 2011. The company also has plans to launch the unit across its operations with a Mozambique launch slated for late 2011. 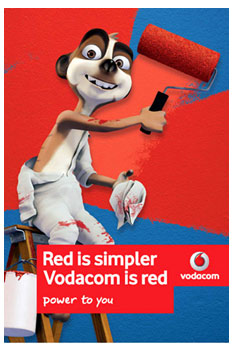 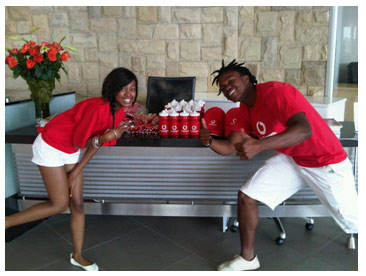 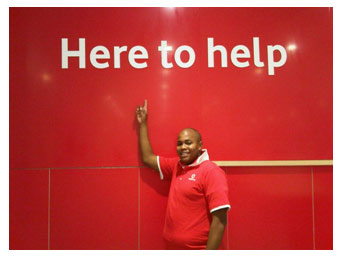 The Vodacom brand is one of the most recognised brands in South Africa-its home market. The company is the fourth most popular advertiser in the country (according to a survey by Sunday Times) and is a key backer of sports and CSR projects. A rebranding decision was put into effect during the first quarter of 2011 to align the brand with Vodafone. Vodafone PLC is the 4th most valuable brand in the world according to a 2011 survey by Brand Finance. It has a brand equity valuation of $US 30 Billion. Rebranding in line with its parent was a feasible business decision for Vodacom.

The company’s brand has played a key role in its market leader position (53% market share) with touch points centred on experiential marketing, PR and sponsorship campaigns. Its vision and purpose is to enable people to communicate and accomplish their goals through its services. Its five core priorities are to:

The internet forms a very dominant part of the new Vodacom brand, this is due to the company’s realisation that mobile data is set to play a vital role in driving economic growth, creating jobs and improving the quality of life across Africa. 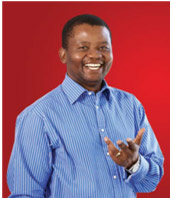 Peter was born and bred in Bulawayo, Zimbabwe. He initially wanted to become a doctor or vet but was inspired by a presentation a Charted Accountants Southern Africa representative made at his school. He went on to pursue a Charted Accountant status with KPMG Zimbabwe in 1985.  After completing his articles with the company he moved to Ernest & Young where he worked his way to becoming the first African partner.

His past and present achievements (in no particular order) include: 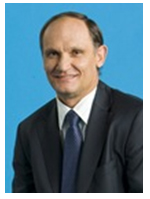 Alan was the founding CEO of Vodacom and spent 14 years at the helm of the company. According to his Linkedin profile he began his foray into the company while working at Telkom as the Director of Data Communications. He was asked to look into mobile technology in 1991 and spent the next 18 months doing research on it; in 1993 the Ministry of communications released two mobile operator tenders. He subsequently led Telkom’s joint bid with Vodafone and the minority investor, Remgro. Alan then led the company to launching world first innovations such as pre-paid airtime and Africa’s first 3G services.

Alan is still involved with the company as a consultant. 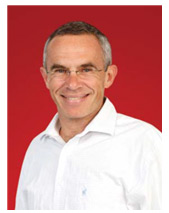 Pieter began his tenure at the company as part of the initial engineering team. Prior to his appointment as CEO, Pieter was the Chief Operating Officer for Vodacom Group from April 2004 until his appointment as CEO in October 2008. He was also the Managing Director for Vodacom South Africa (2001-2005). He has brought a fresh and youthful spirit to Vodacom with rebranding being a part of this.  Under his leadership the company is decentralising its structure to focus on an open and equitable modus operandi. After a recent network outage Pieter demonstrated his leadership acumen by personally taking responsibility for the fault and publishing a letter of apology to consumers. 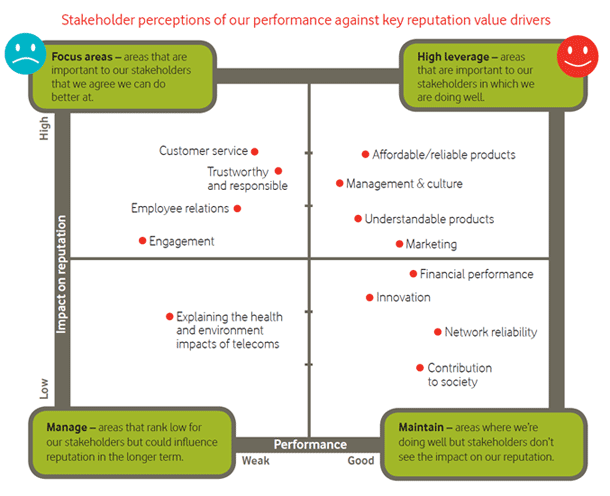 In accordance with King III corporate governance standards, Vodacom has set a high corporate reporting benchmark as it has gone beyond financial reporting in favour of a complete and objective integrated report. The report looks at the company’s strengths as well as its weaknesses and leaves no stone unturned. It is at the forefront of transparency and accountability worldwide. 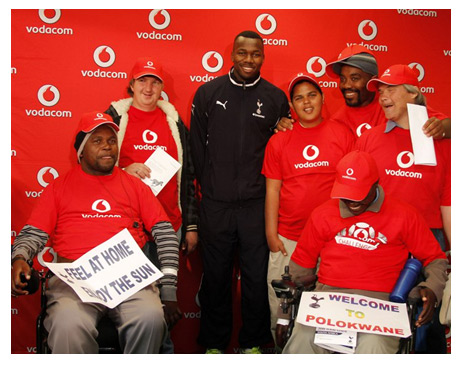 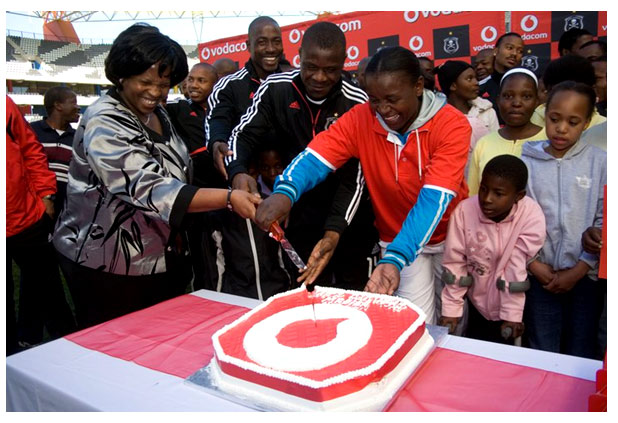 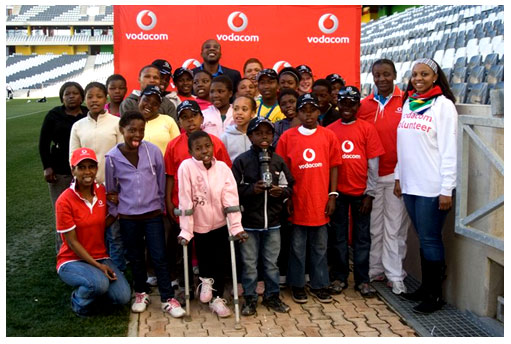 The company has a major Corporate Social Responsibility (CSR) policy across its operating markets. It invests in education, Health and ICT projects that seek to bridge the digital divide. In 2010 it invested R77 million into CSR initiatives across its mobile operations. It was voted as the second best brand for community upliftment in South Africa (Markinor Sunday Times Survey).

In 2011 Vodacom piloted a project known as the 21st Century Educator project in partnership with the National Department of Basic Education, Microsoft®, Cisco, Mindset and Intel. The project aims to establish nine teacher-training resource centres, one in each province of the country. The department (Ministry) provides and maintains the buildings and the private-sector partners provide connectivity, hardware and software and learning materials. Vodacom committed R3 million to the21st Century Educator project in the year. 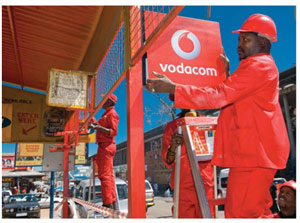 It is also a believer in empowering informal traders that rely on its prepaid services to earn a living (approximately 100 000). It has setup the Vodacom Academy to train distributors and agents.