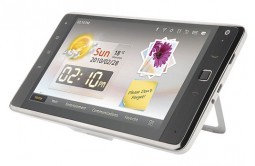 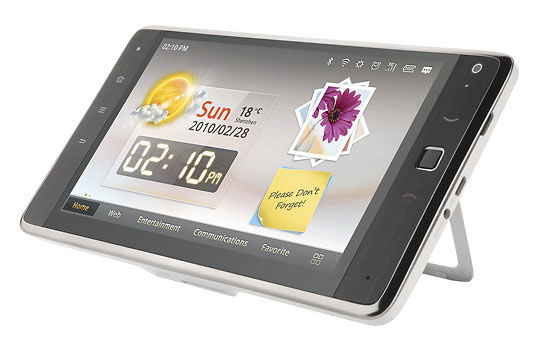 Huawei, China’s ICT giant recently launched its Ideos S7 Tablet PC to the South African market. Huawei is well known as a telecoms infrastructure and enterprise hardware producer and has been moving into the consumer segment in recent years. Along with ZTE, the company is among a crop of Chinese brands that have gained ground internationally and intends to build on this while aggressively competing on pricing.

According to ITWEB’s report of the launch event, Huawei’s premise is to drive down the prices of tablet PCs to a point where they are accessible to the average consumer. It goes on to refer to Arthur Goldstruck, a leading South African ICT analyst’s sentiments that the S7 offers the best value for money in the tablet market.

In South Africa the Ideos S7 is expected to retail for between R3,200 and R3,600 and has the following features:

The Ideos S7 is expected to compete strongly against Samsung’s Galaxy Tab which costs 50% more (US$1,100 at the Samsung Zimbabwe store). A Zimbabwe launch for the S7 would make sense as Huawei has a strong presence locally through its relationship with all 3 mobile operators. An alliance with Econet would clearly be the best route due to its scale. Econet already sells Huawei Android smartphones albeit just two models (the Huawei U8220 and the U8110) they introduced a year ago-priced close to US$300. A multi vendor approach could be the way forward for the network as it already has Huawei products available in its stores, albeit entry segment mobile phones.

The Ideos series of smartphones has done particularly well in Kenya where its competitive pricing and Android leverage has appealed to that particular market.  With the world shifting from PCs to mobile computing, we foresee a major demand for smartphones and Tablet PC’s locally as mobile broadband usage increases. Huawei could very well be among the companies driving mass adoption of these devices.

After failing to receive adequate information from Huawei Zimbabwe, Techzim was assisted by Huawei South Africa. A comment on the local market could not be made as this is dependent on its partners.