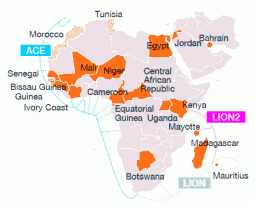 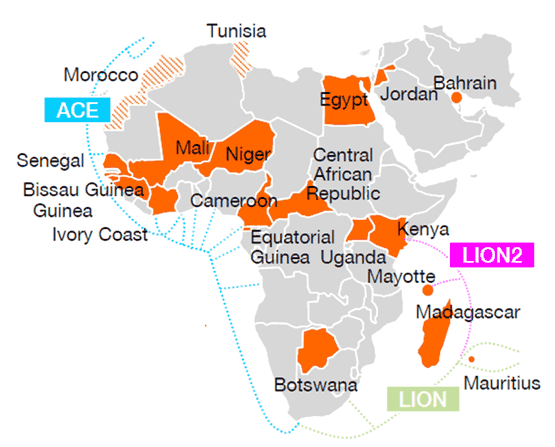 Orange is the key brand of France Telecom, the world’s 5th largest mobile operator by subscribers. France Telecom is a converged communications provider with a large presence in the mobile space and diverse fixed line, content, infrastructure, venture capital and value added services. The operator’s roots stretch back to the 18th century. It has evolved from a state owned monopoly into a top 5 global telecommunications player.

The Orange brand came about by way of acquisition when the company bought into Hutchinson Ltd’s British based Orange PLC. Save for a few operating markets, Orange has become the standard identity of the company .Other brands under the group are T-Mobile and Everything Everywhere. From its base in Paris, the group has operations across the world with assets in developed markets and the emerging world alike. From France it stretches across the English Channel with a significant presence in Britain and circles around Africa, Russia, the Indian Subcontinent, North & South America, and South East Asia.

Like other international telecoms titans present in Africa, France Telecom’s operations are able to tap into a deep resource and skills base. The operator has been on the continent for over 20 years making it a veteran operator and giving it a great understanding of the market requirements. Accordingly, it stays true to its status as a converged communications player in Africa through mobile subsidiaries, fixed line businesses, internet service providers, and an investment in the Africa Coast to Europe (ACE) fibre optic cable that stretches from France, runs along Africa’s western boundaries and extends from South Africa to the East African coast through the LION and LION2 cables. France Telecom is currently the biggest international investor in Africa’s bandwidth backbone as it has contributed towards EASSy, SAT3WS, TEAMS, and the three cables that were previously mentioned.

Going forward, Orange is setting a target to earn €7 Billion revenue from its emerging markets (Africa, the Middle East, and Asia) by 2015. This is part of its Conquests 2015 campaign that among others seeks to achieve the following:

The company has listed Southern Africa as one of its priority prospect markets and would be a suitable investor in the state-owned operator, Telone. It invested in Telkom Kenya, a similar parastatal in Kenya and has managed to modernise and streamline the business into a converged ICT services provider. 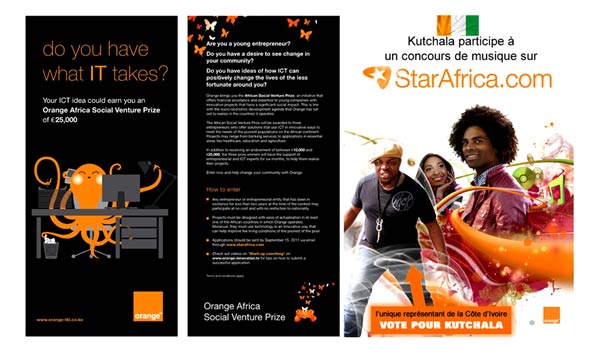 Innovacom is France Telecom’s dedicated Venture Capital (VC) arm with operations in silicon Valley and around the world. The division invests in early stage companies (startups) that have a compelling value proposition towards the group’s services, the internet and telecoms in general.  Among products such as LastMinute.com and Streamezzo, it is also an investor in StarAfrica.com. Innovacom could very likely be one of the key VC players in Africa’s emerging startup space and has already begun setting a foundation for this through its technical partner status in Orange’s Pan African Startup Competition; The African Social Venture Prize.

France Telecom’s African subsidiaries are able to gain critical mass advantages through the company’s investments into infrastructure and training centres. It has support centres in 165 countries, and a Research and Development division known as Orange Labs. This division has branches In Silicon Valley, Europe, China, Japan, The Middle East, and Spain internationally. Egypt and Ivory Coast represent Africa.

The company maintains strong ties with French technical partners like Alcatel Lucent, of which it has both infrastructure and consumer facing products. Other technical partners of the group include Huawei, Google (SMS to Email) and Comviva. The group owns the world’s largest audio visual satellite services provider and also has its own fibre laying ships.

Sofrecom is a subsidiary of the France Telecom Orange Group and provides telecommunications consulting services to operators around the world, both within the group and outside. Its dedicated services focus on business development, information systems, network infrastructure and management services. The group is able to leverage on this division both to optimise its own expertise and to also obtain management contracts. It has recently managed to attract such alliances in Ethiopia and Iran. 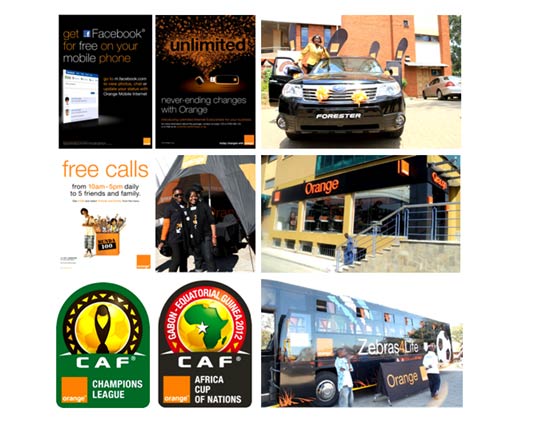 Orange is France Telecoms key brand and operates as such across Africa . As one of the biggest telecoms players on the continent, it has invested heavily into boosting the brand’s visibility. This has been done through a major focus on sports and cultural sponsorships, price centric promotions such as free access to Facebook for consumers, and starafrica.com as a Pan African portal. The brand is youthful and forward looking, appealing to a young continent with pay off lines like The future’s bright-The future’s Orange.

Orange is the biggest backer of soccer on the African continent and has invested approximately €100 million in an 8 year sponsorship agreement with CAF. 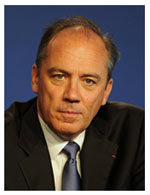 Stéphane Richard, 49, graduated from Ecole des Hautes Etudes Commerciales and Ecole Nationale d’Administration (ENA). When he left the ENA, Stéphane Richard was assigned to the French Inspectorate of Public Finances, where he spent four years from 1987 to 1991.

In 1991, he was appointed as technical advisor for the electronics and IT industries in the cabinet of Mr. Dominique Strauss-Kahn, the Minister for Industry and Foreign Trade. In 1992, he joined Compagnie Générale des Eaux, first as deputy to the group’s Chief Financial Officer, before being appointed Chief Executive Officer of Compagnie Immobilière Phénix in 1994.

In January 2003, Stéphane Richard was appointed as Executive Vice President of Veolia Environement and Chief Executive Officer of Veolia Transport.

From May 2007 to June 2009, Stéphane Richard was Chief of Staff for the French Minister for the Economy, Industry and Employment. Stéphane Richard has been awarded the Legion of Honour and the National Order of Merit.

Marc is Executive Vice President International of France Telecom-Orange in charge of Africa, Middle East & Asia, and in this capacity he is Chairman and/or member of the Board of several international fixed-line, mobile and internet subsidiaries (since 2006). He joined the Group’s Executive Committee in June 2010.

He was Chairman and Chief Executive Officer of UNI2, a telecommunications operator and subsidiary of France Telecom in Spain (03/04).

Marc Rennard, 53 years old, is a graduate of EM Lyon, and holds a post graduate diploma in Management Science. 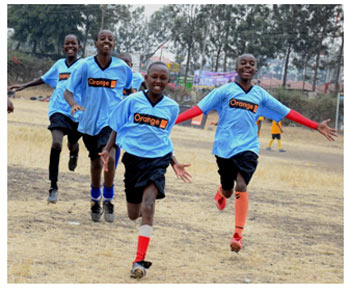 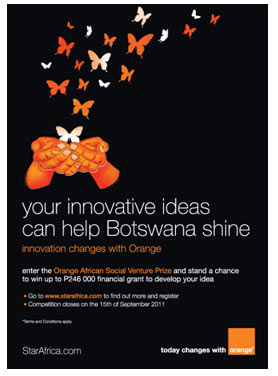 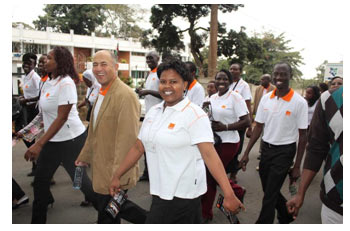 Through the Orange foundation, France Telecom has a longstanding CSR policy across Africa with investments into health, education and culture. The company has been acknowledged by Informa Telecom and Media as the best rural communications development company, playing a critical role in bridging the digital divide and also investing into renewable energy to power up its infrastructure.

On the back of its strategic focus of providing value added services, the company is exploring ways of developing better access to healthcare. It is also seeking to identify and reward social ventures that can leverage on the power of ICTs to develop communities. Through the African Social Venture Prize.