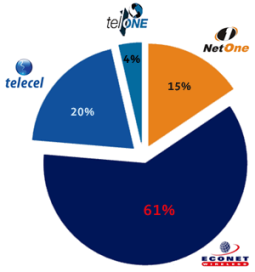 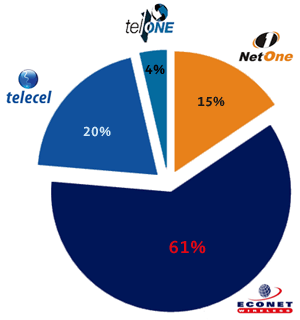 Zimbabwe’s tele-density rose to 74.7% as 2011 came to a close. Mobile phone subscriber statistics we received from the Post and Regulatory Authority of Zimbabwe (POTRAZ) recently show that all mobile phone operators registered an increase in subscribers since the last release of stats in September 2011.

A country’s tele-density measures the number of active mobile phone SIM cards and landlines as a percentage of the country’s total population.

We posted information about TelOne subscriber figures in a post on the uptake of its DSL services in December. Basically the fixed line operator has lost about 50,000 subscribers in the past two years, and DSL seems not to have helped much to attract new subscribers. At least not yet. TelOne currently has 337,881 subscribers.

2011 didn’t register as much increase in mobile as anticipated when the year started. Zimbabwe started off the year with 67.5% mobile penetration, which fell sharply to 53.5% after the SIM registration exercise, only to start picking up again as the year progressed.