How good is your internet lingo? 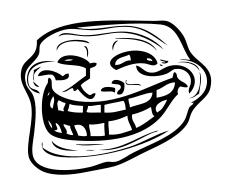 So, do you talk the talk? We thought of putting together some of the trending internet vocabularies (mostly abbreviations actually) that are dominating conversations on the web, how much do you know?

Viral – A term used to describe a product or marketing campaign (usually YouTube videos) that rapidly gains popularity usually through social media (Likes, Retweets, +1s). An example of a viral video was that of the myth “Phones can pop popcorn”.

Troll – In Internetslang, a troll is someone who posts inflammatory, extraneous, or off-topic messages in an online community, such as an online discussion forum, chat room, or blog, with the primary intent of provoking readers into an emotional response or of otherwise disrupting normal on-topic discussion. The noun troll may refer to the provocative message itself, as in: “That was an excellent troll you posted”.

Parody – A parody imitates a work of art, literature, or music for the purpose of making playful fun or a joke of the original work. A parody may take an ironic or cynical approach to the work it is imitating or may just be for comedic relief. Most times, a parody involves a serious work that has been changed to make it seem absurd by mocking or pointing out shortcomings in the original work. A parody is similar to and may also be referred to as burlesque, lampoon or a spoof. 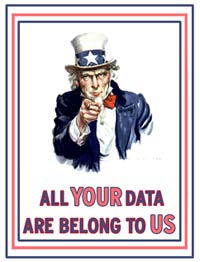 Meme – An Internet meme is an idea that is propagated through the web. The idea may take the form of a hyperlink, video, picture, website, hashtag, or just a word or phrase, such as intentionally misspelling the word “more” as “moar” or “the” as “teh”. The meme may spread from person to person via social networks, blogs, email, news sources, or other web-based services. An Internet meme may stay the same or may evolve over time, by chance or through commentary, imitations, parody, or by incorporating news accounts about itself. Internet memes can evolve and spread extremely rapidly, sometimes reaching world-wide popularity within a few days. Internet memes usually are formed from some social interaction (Ragecomic or reaction faces), pop culture reference (Xzibit in “Yo Dawg”), or situation people often find themselves in (Socially Awkward Penguin or Futurama Fry / Not Sure If X). For researchers it’s hard to track down the birthplace of memes due to their viral nature, as well as the high chance of the meme spreading to the major websites nearly instantly.

Stoked – to be “stoked” is to be completely and intensely enthusiastic, exhilarated, or excited about something. Those who are stoked all of the time know this; being stoked is the epitome of all being. When one is stoked, there is no limit to what one can do.

Leetspeak – Replacing a letter by its closest figure’s llokalike or other various keyboard chatacters such as “+”, “(“, “[“. “/”, “_”. an example is the word sweet which on leetspeak becomes 5w337

IMHO – In My Honest Opinion

FYI  – For Your Own Information

FTW – For The Win

C|N>K – Used mostly by Linux users meaning “coffee through nose into keyboard” (usually when one’s made to laugh while on the PC, and is simultaneously drinking coffee)

Which ones did we leave out?