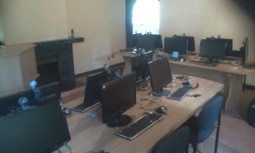 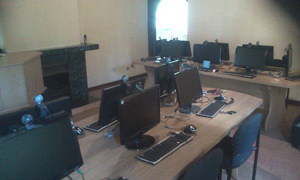 Tech entrepreneur Smauel Dzinotyiwei believes Zimbabwe is ready for a mobile marketing revolution. He expressed this sentiment to Techzim as he finalises the official launch of his product B-Heard. His company B-Connected has offices in Glen Lorne, Harare and is launching new mobile advertising products which Samuel believes due to their uniqueness will offer an attractive new channel for marketers. Samuel Dzinotyiwei is the founder of B-Connected, though it’s a family owned business.

Over the last month B-Connected has been conducting a trial run of the system which uses VOIP (Voice Over Internet Protocol) to deliver the messages to customers (to which Techzim was invited to participate). The company officially launches the product on Monday the 2nd of July. Dzinotyiwei, noted that he has signed up several local VOIP service providers to ensure optimum system uptime and call quality. Dzinotyiwei says the advantage of his service is the ability of marketers to deliver voice messages direct to consumers or potential consumers at a scheduled time. So say a retailer wants to advertise certain products on special or publicise a promotion. B-Connected uploads their pre-recorded message into their call centre database, and at the scheduled time the system runs automated calls. It’s like a radio advert, so when the user picks up the phone they will hear an ad telling them that a specific product say cooking oil is on special.

Dzinotyiwei indicated that their database currently has 10,000 numbers and is being updated regularly, further saying they are working on a web registration system were individuals can submit their number to their database.

Samuel who is a qualified private pilot did his flight training in Cape Town and does regular flying at Charles Prince Airport in Harare, where he is working on obtaining a commercial pilots license. B-Connected is not his first business however, as he ran an Internet Café in Harare’s city centre, which was closed in 2011 after as he says “We found that with the introduction of mobile internet, business went down.” So rather than selling his equipment he pivoted his business model. He thought about several business ideas, including setting up an IT college but eventually decided to commit to the call centre idea.

The company’s mobile marketing product has been branded B-Heard and holds a Zimbabwe Patent. Dzinotyiwei notes that the patent is for the business process which they developed adding that one of the reasons the official launch had been held off was to allow for the patent registration to be finalised. B-Connect defines the B-Heard product “as a mobile marketing service where by we make pre-recorded voice calls to any mobile phone or land line in Zimbabwe through our call centre system. This is the same concept with bulk SMS but its just now in a better and interactive way. This is a new way of contacting customers with speed, relevance and effective response. It’s also a good service for those who cannot hear English or read as the phone call message can be sent in a Shona or Ndebele voice. There is no need for a person to be literate to be able to receive such a message.

In simple terms when a person we call from our mobile marketing call centre answers his or her mobile phone he will hear a pre-recorded voice message, this IS NOT MMS but just a phone call. Our system can make at a time 500 calls per minute with the same message being received by mobile phone users. For example lets say you want to send a product advert to your 500 clients, your 500 clients will receive the same voice message at the same time saving you time and money.”

Dzinotyiwei says B-Heard products can be used in the following scenarios, among others: