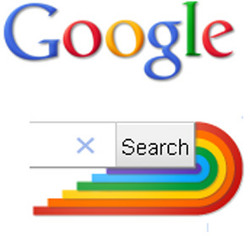 Internet search giant and one of the worlds largest tech companies, Google, is launching a campaign called “Legalise Love” a Google call to “decriminalise homosexuality and eliminate homophobia around the world.” The campaign was launched on Saturday 7 July starting in Singapore and Poland and according to reports, “will focus on places with homophobic cultures, where anti-gay laws exist.” The campaign will eventually run in all countries that have a Google office.

In a post on its website titled “Legalise Love: LGBT Rights Are Human Rights” the company has the following:

Though our business and employees are located in offices around the world, our policies on non-discrimination are universal throughout Google. We are proud to be recognised as a leader in LGBT inclusion efforts, but there is still a long way to go to achieve full equality. Legalise Love is our call to decriminalise homosexuality and eliminate homophobia around the world.

At Google, we encourage people to bring their whole selves to work. In all of our 60 offices around the world, we are committed to cultivating a work environment where Googlers can be themselves and thrive. We also want our employees to have the same inclusive experience outside of the office, as they do at work, and for LGBT communities to be safe and to be accepted wherever they are.

Speaking about the initiative at a Global LGBT Workplace Summit in London last week, Google’s head of diversity and inclusion, Mark Palmer-Edgecumbe conceded that the campaign “is obviously a very ambitious piece of work.” Edgecumbe explanined at a panel discussion that Google and its mobile workforce operate in dozens of countries and it had been unable to place expartriate staff in lsome countries because of anti-gay laws.

Another panelist at the summit, Harry Gaskell, from Ernst & Young, reportedly warned that “We have to be very careful about transferring lessons from the UK and US and elsewhere. Taking Anglo-Saxon culture and trying to force it down people’s throats is a very bad idea.”

It will be interesting to see how the company’s campaign will be received in Africa, where most of the countries have not legalised homosexuality. A Wikipedia article on LGBT rights in Africa notes that homosexuality is outlawed in an estimatemd 38 outy of the 55 countries in Africa.