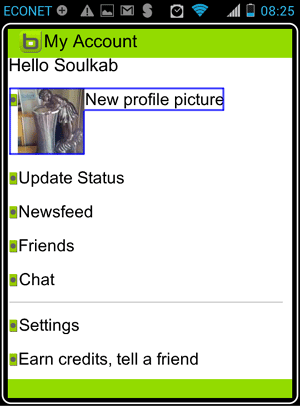 In August, after biNu’s much reported $2 million Series A funding round, we noted that the emerging markets “Smartphone in the cloud” service seemed to be morphing itself into a mobile social network. It became apparent later that this indeed was the case. Now it’s not just a gradual background morph; biNu Social is here.

We were tipped to the development a couple of days ago, and when we loaded the mobile app (the Android version), instead of the usual random feature suggestion, we were invited to try out biNu Social.

As you may know, biNu already provides access to Facebook. It’s not the best looking Facebook experience out there (quite unappealing for you smartphone users actually) but it’s the fastest Facebook we’ve used on any platform and that makes all the difference for millions of biNu users around the world. biNu probably figured if they were already providing the fastest Facebook experience out there (and seeing Snaptu was now out of the picture), why not just provide a mobile social experience they own?

And lightning fast biNu Social is. It’s a no frills mobile social network. Uploading pictures is a straightforward process, and we notice it still emphasizes on compressing everything so it maintains the speed. On a mobile phone that normally takes large-footprint photos, taking a photo for uploading from inside biNu Social compresses it to a fraction of its usual size. This is will be a major plus in biNu’s target market where mobile data is still pricey.

In terms of features you get the usual key social features; detailed profiles, friends, status updates, a news feed,  comments on updates, photo sharing and chat among other features. Unlike Facebook though, we notice some emphasis on finding and adding biNu users near you. Not sure if many people will like finding and friending random people near them, but who knows? Let’s see. Users that don’t want to be found have the option to turn this off by the way.

The strange thing we found is that there’s no direct way to access biNu Social right now if you don’t get the suggestion to try it while logging in. Unless it’s just us, there’s no biNu Social button on the home screen. We however noticed (again, strangely) that you can access it via the biNu Twitter application. In addition to the usual Twitter menu items, there’s a suggestion to try biNu at the top.

Here are some screenshots we took of the app: 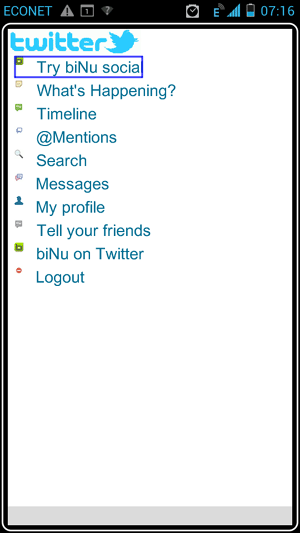 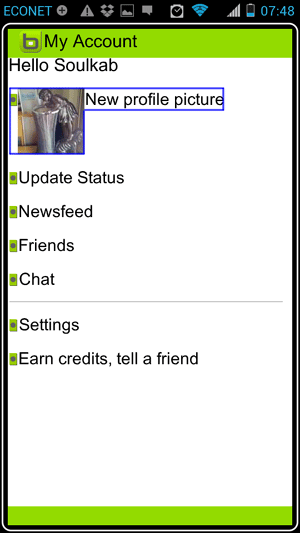 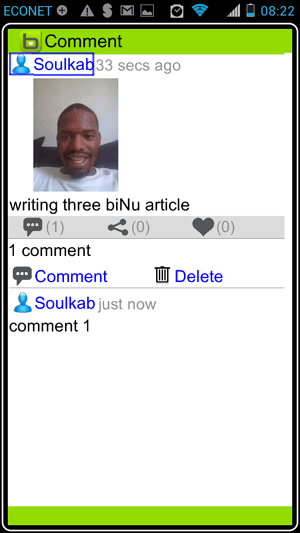 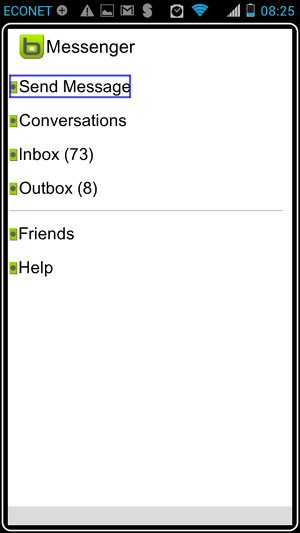 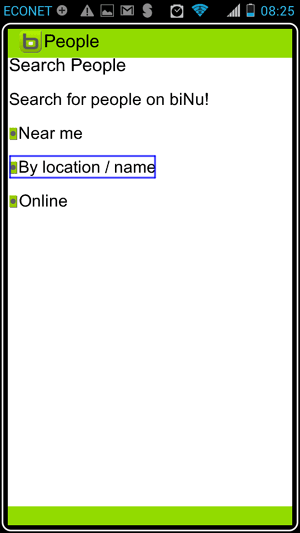 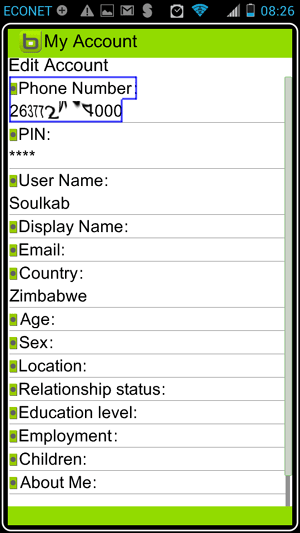 Let us know what you think if have tried it or do.