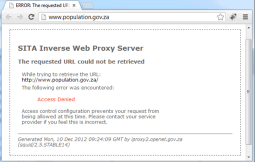 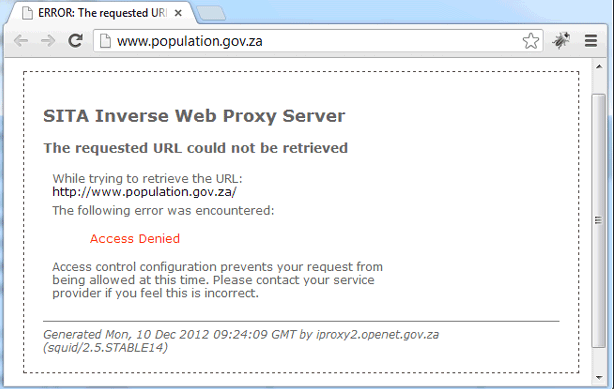 A report on Tech Central says three South African government websites where compromised by a Moroccan hacker and as of yesterday morning, one of the websites, the social development department’s population.gov.za loaded a black page with a message from the hacker. The website was taken offline and currently still is. The other websites are the Presidential National Commission and the National Population Unit’s.

The hacker himself (or herself) apparently communicated with tech Central via a Facebook page telling them he was operating as a grey hat hacker. Grey or not though, the hacker also apparently did it because “SA [is] the ennemi of Morocco since a long time and we are hackers and our goal is defending our country”

A spokeswoman of the Social development department told Tech Central that the website didn’t have any sensitive information that could have fallen into the hacker’s hands.