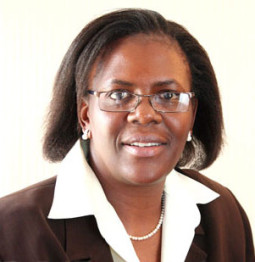 Information reaching us suggests that TelOne is about to announce the appointment of Chipo Mtasa as new managing director of the company. Mtasa will take over from acting MD, Hampton Mhlanga who, according to our sources, will resume his substantive post of Technical Director of the fixed line operator and internet provider.

A chartered accountant, Mtasa is former Rainbow Tourism Group (RTG) Chief Executive Officer, a position she held for about 8 years before resigning last year in March. According to reports, Mtasa was forced to resign from a company that was now saddled with debt and in a loss making position.

Mtasa is taking over the top job at a company that is saddled with even heavier debt, doubtful debts of up to US $300m, a declining fixed line subscriber base, an ADSL service expansion that’s being held down by limited and aged infrastructure, deep government-style customer service problems, and a skills shortage amoung other problems.

TelOne plays a crucial role however in the provision of international bandwidth to Zimbabwe. Through its fibre link to the undersea EASSy cable via Mozambique, the company has the single largest capacity international fibre link into the country at 2.48 Gbps.

TelOne’s ADSL service provides the lowest priced fixed broadband service in Zimbabwe. Competitors have however complained that the government operator has an unfair advantage as other providers have so far been denied providing internet services via TelOne’s telephone infrastructure.