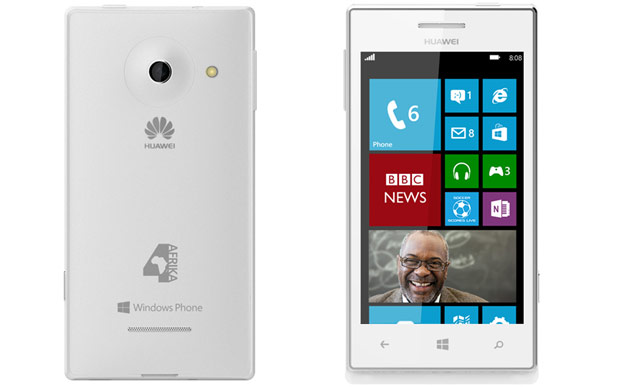 At this year’s Consumer Electronics Show in the US, Huawei unveiled a Windows smartphone called the Huawei Ascend W1. The phone has a 1.2GHz dual-core processor, 512MB of RAM, 4GB internal storage and a 5MB pixel camera. In short, low to mid-range brain & power. Today, the two companies announced a slight and gave it made for a Africa tag. It’s actually called exactly that; Huawei 4Afrika.

According to the announcement, the phone will be available in Angola, Egypt, Ivory Coast, Kenya, Morocco, Nigeria, and South Africa. Yep, Zim not a priority, unless maybe if the mobile operators here call the local Huawei office and ask for it.

Pricing is not disclosed in the announcement, a sign it will vary from country to country probably depending on network infrastructure deals and general size of business Huawei has with operators in those countries. Its big brother, the Ascend W1, however is said to cost about $260 in China. So maybe just thereabout or a little more. Which of course might be a problem for Huawei & Microsoft considering sub $100 entry level smartphones are aplenty on the continent. All this is just speculation though, better we all wait and see…

Microsoft says in the announcement that this Windows 8 smartphone is targeted at students, small businesses, developers, and first-time smartphone owners. We have lots of people included in that wide profile of course so if the pricing is right, they have a winner.

As for what makes this phone more Afrikan than your regular smartphone, well, apparently it comes with custom apps created by African developers made for African consumers as well as a market-specific store within the larger Windows Phone Store so its users can download apps relevant to their countries.

14 thoughts on “A Huawei Windows smartphone made 4Afrika”